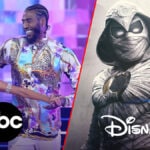 Two ABC series, “Promised Land” and “Queens,” will not be returning for a second season, Disney announced on Friday.

“Promised Land,” a drama from Matt Lopez about a Latino family in California’s Sonoma Valley, debuted to great acclaim but mediocre ratings in January. After five episodes, it was pulled from ABC’s schedule and the entire season moved to sister streamer Hulu.

At the time of the move, an ABC spokesperson said, “’Promised Land’ is a beautifully executed and tremendously entertaining series of which everyone at our company is extremely proud. We know it has a passionate audience that is very invested in this show, and those viewers will be able to stream all subsequent episodes exclusively on Hulu every Tuesday for the rest of the season.”

The ensemble cast was led by John Ortiz and Christina Ochoa.

“Queens” boasted real-life music stars Eve, Naturi Naughton, Brandy and Nadine Velazquez of “Major Crimes” as 40-something hip-hop stars looking to reclaim their ’90s swagger. It was executive produced by Zahir McGhee, Sabrina Wind and Tim Story, who also directed the pilot episode. It was an ABC Signature production, which is part of Disney Television Studios.

It ended its season in February with its smallest-ever audience and was ranked last among viewers of ABC’s eight freshman dramas.