After the harsh testimony of Amber Heard, her team and that of Johnny Depp speak out 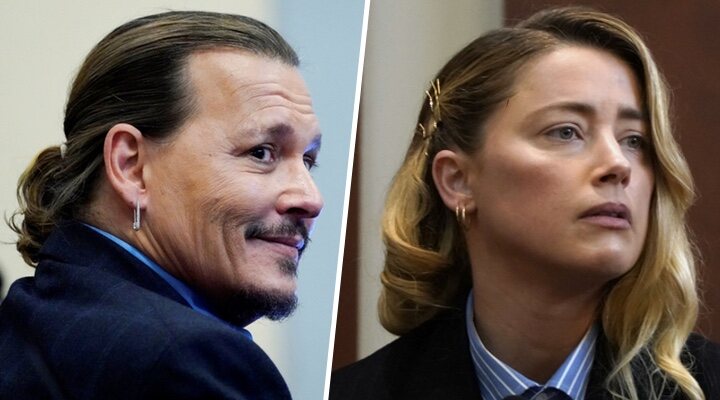 The trial for defamation that began with the lawsuit filed by Johnny Depp against Amber Heardcontinues to be celebrated. On the most recent day, it was the actress who had her moment, because until then she had been waiting for her turn to be able to testify. Heard narrated his version of the events exposing a relationship of abuse that would include a terrible sexual assault. After this, the legal teams of both interpreters wanted to launch two separate statements defending their truth.

“As Mr. Depp’s lawyer correctly predicted in his opening statements last month, Mrs Heard has put on ‘the role of her life’ in her testimony“has assured a representative of Depp through the magazine People. “While Ms. Heard’s stories have continued to generate new and convenient details, Mr. Depp’s memories have remained exactly the same for the six painful years since the first allegations were made.. His truth, the truth, is the same regardless of the setting in which it has been presented. The forthcoming testimony from Mr. Depp’s team will be very revealing, and certainly will highlight the many lies that Ms. Heard has tried to pass off as fact throughout his intricate testimony”.

In response, the legal team of the protagonist of ‘Aquaman’ was quick to ensure that the statement of the actress is causing demand to crumble fast. “They brag that Mr Depp’s story hasn’t changed. If so, since he resoundingly lost the UK libel case, perhaps you should consider a new strategy instead of the recycled approach of attacking the victim and refusing to take responsibility for your own behavior. If Mr Depp is really innocent, why did he repeatedly apologize to Mrs. Heard and promise to ‘drive the monster away forever’? His inability to tell fact from fiction is a disease that seems to have spread to his legal team”.

“That same team is so terrified that they fight tooth and nail to prevent convincing evidence and photographs from being presented. No wonder Mr. Depp doesn’t have the fortitude or courage to even look at Ms. Heard throughout the proceedings, as he couldn’t at the UK trial. Instead, he doodles and laughs. Depp’s behavior in this trial has been as regrettable as it was in his marriage. Apparently they feel the way is to use the same strategy again: try to distract the jury while demonizing the victim“.

These reactions released by the teams of Amber Heard and Johnny Depp come in line with the actress’s testimony, statements that Depp’s lawyers will try to question in the next day. For reasons beyond the actors, this media trial will not resume until May 16the judge handling the case simply needs to pause in order to manage a prior commitment; then Heard will have to return to the premiere to be interrogated by her ex-husband’s team.