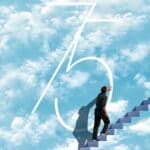 The Cannes Film Festival has declined press accreditation to a number of Russian journalists this year, as part of its stance against that country in the wake of its invasion of Ukraine.

According to two Russian journalists who have been repeatedly accredited by the festival in the past but were denied this year, a group of Russian media members who had applied for credentials spoke to Cannes press chief Agnes Leroy late this week.

In an email to TheWrap, Leroy said, “We approved only the media that are in line with the Festival’s position concerning the situation in Ukraine.” She did not respond to a follow-up question asking if Cannes had credentialed any Russian journalists.

The festival’s position on Russia was spelled out in a statement released on March 1. It read, in part, “Unless the war of assault ends in conditions that will satisfy the Ukrainian people, it has been decided that we will not welcome official Russian delegations nor accept the presence of anyone linked to the Russian government.”

The implication, then, is that the journalists who were denied accreditation are “linked to the Russian government” or are official representatives of the country in some manner.

“I pointed out that my website has no ties to the government, but there’s probably no way for them to check that information,” journalist Ekaterina Karslidi, who has been credentialed every year since 2015, told TheWrap.

See also  Pixar's Lightyear Headed to Theaters After All

“Cannes’ understanding of ‘being in line with Cannes policy towards Ukraine’ is not clicking with reality that Russian journalists are facing. I fled Russia this year and I am being vocal about the war in social media including my own cinema blog, but I can’t use my outlet to speak up, because it will put my staff at huge risk.”

Another journalist declined who did not wish to be identified by name agreed. “We were just ignored all along and denied ten (!) days before the festival,” the journalist wrote TheWrap. “I have a feeling they didn’t know how to define who is who and decided to just deny all of us to save themselves some trouble.” 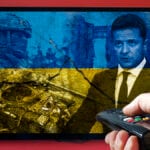 One Russian filmmaker, Kirill Serebrennikov, has a film playing in the Official Selection at this year’s festival. An acclaimed film and stage director, Serebrennikov is considered a dissident and was targeted by the Russian government with fraud charges that kept him under house arrest. He left the country early this year and is in Cannes’ main competition with the historical drama “Tchaikovsky’s Wife.”

Cannes is one of the largest film festivals in the world and is attended by about 4,000 journalists from about 75 countries. The festival kicks off on Tuesday May 17 and runs through May 28.

Here is the statement about Russian participation in this year’s festival:

As the world has been hit by a heavy crisis in which a part of Europe finds itself in a state of war, the Festival de Cannes wishes to extend all its support to the people of Ukraine and all those who are in its territory.

However modest as it is, we join our voices with those who oppose this unacceptable situation and denounce the attitude of Russia and its leaders.

Our thoughts go out in particular to the Ukrainian artists and film industry professionals, as well as their families whose lives are now in danger. There are those whom we’ve never met, and those whom we’ve come to know and welcomed to Cannes, who came with works that say much about Ukraine’s history and the present.

During this winter of 2022, the Cannes Festival and the Marché du Film have entered their preparation phase. Unless the war of assault ends in conditions that will satisfy the Ukrainian people, it has been decided that we will not welcome official Russian delegations nor accept the presence of anyone linked to the Russian government.

However, we would like to salute the courage of all those in Russia who have taken risks to protest against the assault and invasion of Ukraine. Among them are artists and film professionals who have never ceased to fight against the contemporary regime, who cannot be associated with these unbearable actions, and those who are bombing Ukraine.

Loyal to its history that started in 1939 in resistance to the fascist and Nazi dictatorship, the Cannes Festival will always serve artists and industry professionals that raise their voices to denounce violence, repression, and injustices, for the main purpose to defend peace and liberty . 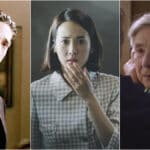