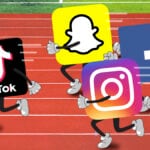 Former employees of TikTok who worked out of the social media app’s US-based offices complained in a new exposé of a stressful working culture that caused them to put in 85-hour work weeks on average and experience everything from sleep deprivation to weight loss to the need for marriage therapy.

The exposé, which was published in The Wall Street Journal on Friday, describes working conditions that don’t match the jubilant and goofy tone felt by users of the app itself. Among some of the complaints, workers in Los Angeles and elsewhere in the US say that the need to work unusually late or weekend hours in order to attend meetings with leaders in China or in Singapore is taken to an extreme even when compared to other global tech companies. And some described feeling paranoia and stress due to TikTok having multiple teams working on the same project at once, pitting them against one another to encourage them to finish faster.

In a written statement to The Wall Street Journal in response to some of the claims in the piece, TikTok said it has made adjustments to its practices and work culture as part of “building and fostering a team that is empowered to support our growing global community .” Further, the spokesperson said that TikTok encourages workers to use personal time off, schedules times when no meetings are allowed and discourages off-hours messaging.

“We encourage a culture of transparency and feedback, and are committed to building an equitable platform and business that allows both our community and our employees to thrive,” the statement continued. “While meetings often span time zones, as is typical for global companies, we continue to focus on ways to provide employees support and flexibility.”

Among some of the more alarming anecdotes shared in the WSJ piece, one anonymous TikTok employee said he was only able to get out of working back-to-back all-nighters after sharing medical results with his boss of a potentially life-threatening condition. Another said she felt such pressure to be in back-to-back meetings that instead of excusing herself to get a tampon, she bled through her pants.

Other employees also said that the company discourages distributing organizational charts in order to prevent poaching, which the WSJ says is common among some Chinese tech companies, but that it leads to confusion among US employees and the need for many to frequently turn to LinkedIn to discover what team a colleague was on. However, a TikTok spokesperson told the WSJ that there is a way for employees to look up other employee profiles. 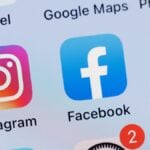 TikTok has roughly 1,500 US-based employees as of mid-2020, according to WSJ, but is trying to reach 10,000. The app is a branch of the Beijing-based ByteDance Ltd., which put plans on going public on hold about a year ago.

Read the full piece in The Wall Street Journal here.