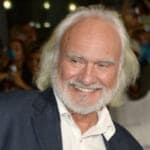 George Perez, a legendary comic book artist who famously wrote and penciled for “Wonder Woman” and “Crisis on Infinite Earths” comics, has died. He was 67.

A statement posted to his personal facebook page announced his death, writing that he died Friday with “family by his side.” Perez had previously been diagnosed with pancreatic cancer.

“We are all very much grieving but, at the same time, we are so incredibly grateful for the joy he brought to our lives. To know George was to love him; and I loved back. Fiercely and with his whole heart from him. The world is a lot less vibrant today without him in it,” the statement read. “I have loved all of you. I have loved hearing your posts and seeing the drawings you sent and the tributes you made. He was deeply proud to have brought so much joy to so many.

Known for his gift with illustrating complex crowds and detailed drawing and realistic renderings within each frame, Perez had worked as a comic book artist since the 1970s and had worked between DC Comics, Marvel Comics, BOOM! Studios and Image Comics as one of the industry’s first Latino superstars. Perez made his professional debut in 1974 when he worked as a penciler on Marvel’s “Astonishing Tales.”

But he had his breakout working on the flagship “The Avengers,” and he would later get the chance to create several other iconic characters in his time with Marvel, including creating with Bill Mantlo the first Puerto Rican superhero White Tiger, as well as the villain The Taskmaster.

See also  The Batman: Matt Reeves Announces Filming Is Over

Perez later left Marvel for rival DC Comics and took over the launch of “The New Teen Titans” along with co-creator Marv Wolfman, a comic series that was an answer to Marvel’s growing “X-Men” franchise. He also worked on a limited series called “Crisis on Infinite Earths” that purportedly featured every DC character that the company owned until that point, and he was integral in a reboot of “Wonder Woman” in the late ’80s, tying the character more closely to a lineage with the Greek Gods. 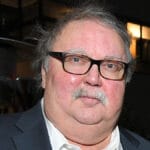 Four times in his career Perez won the Eagle Award, which is voted on by UK comic fans, as well as the Jack Kirby Award, the Inkpot Award and just this year he was awarded a special recognition award by the Inkwell Awards.

Perez is survived by his wife of “490 months” Carol.