James Gunn closes almost a decade of ‘Guardians’ with the end of filming ‘Vol. 3’ 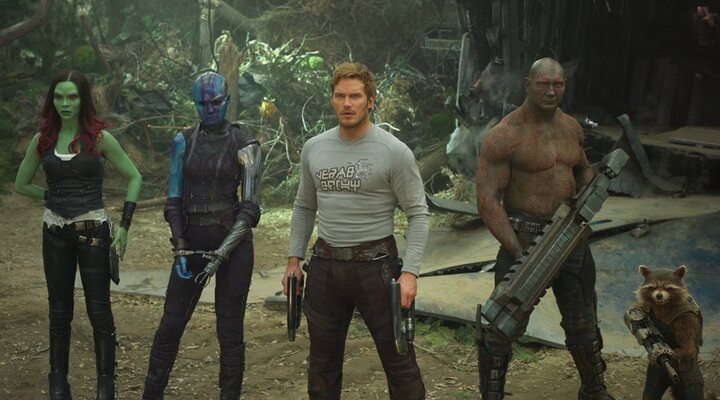 “This is the end for us, the last time with this team of Guardians. [Y nos despedimos con una película que] it’s huge; huge, dark and different from what fans might expect. I just want to be true to the characters, to the story, and give viewers the denouement they deserve“. A) Yes revealed James Gunn recently that ‘Guardians of the Galaxy Vol. 3’ is the end of an era.

Thus, after almost 10 years of adventures, the original team will have to say goodbye, a round of farewells that Karen Gillan already inaugurated, to which Gunn himself now joins. The filmmaker has shared a photo on social networks of him to mark the end of the shooting of said volume 3, image that is accompanied by an emotional message.

“This is the closing of the ‘Guardians of the Galaxy’ trilogy. I adore this incredible cast and crew, and I applaud their tremendous talent and heart. I am fortunate to have been able to have you on this journey with me for almost a decade.“. Sean Gunn (Kraglin/Rocket on set), Pom Klementieff (Mantis), Chris Pratt (Peter Quill/Star Lord), Gillan (Nebula) and Dave Bautista (Drax) smile as the father of the saga stresses that he doesn’t know he has forgotten about Zoe Saldaña (Gamora), although he has not been able to pose with them.

And that’s a picture wrap on the Guardians of the Galaxy trilogy. I love this amazing cast & crew & their beautiful talent & kind souls. I’m a lucky human to have them on the journey with me for nearly a decade. pic.twitter.com/oVQCIfJjuZ

‘Guardians of the Galaxy Vol. 3’ began production in November, and since then its director, James Gunn, has been giving quite a few details about the film. In fact, he has hinted that there will be some very important tragic point to accompany this last time with the original team.. The journey that began in 2014 comes to an end with Gunn also writing the script and a cast that is completed by the hand of Bradley Cooper (Rocket) and Vin Diesel (Groot) lending his voice in the original version, and the addition of Will Poulter as the villain Adam Warlock.