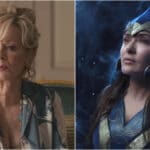 In addition, the LGBTQ+ organization honored “Power Rangers” in the kids & family category, and the Broadway productions “Company” and “Thoughts of a Colored Man.”

Outstanding Online Journalism Article: “’No Time For Intolerance:’ Dr. Rachel Levine Has A Job To Do” by Dawn Ennis (Forbes.com)