‘The return of the witches 2’ tried to have Thora Birch, who has a spin-off idea 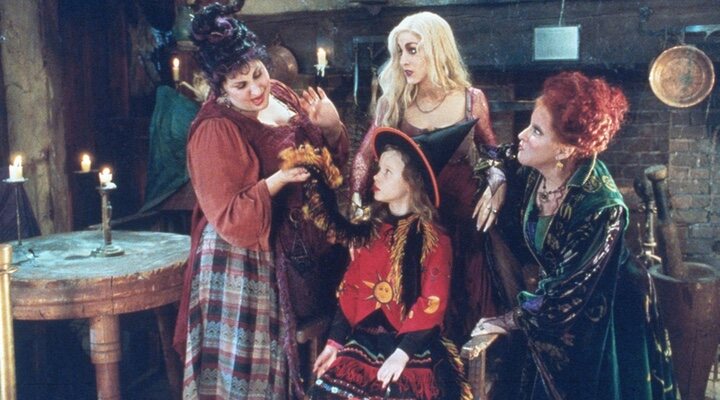 Despite the fact that initially a tweet launched by the actress made us suspect that her return would finally materialize and we could see her in ‘The return of the witches 2’, shortly after it was denied that Thora Birch was going to be part of the sequel. Now this interpreter reacts to her absence showing disappointment but at the same time hope of being able to return to the magical universe of the Sanderson sisters in future projects.

“Everyone worked really hard. They all worked really hard to get me into the sequel, and it just didn’t fit, but the effort was really made“Birch commented in conversation with comic book. “That was everyone’s intention. But you know what? Between you and me, in the end I would probably prefer to play Winifred in the future. He would probably rather bring Winnie to life.”. Birch thus launches the idea of,a possible spin-off/prequel about the redheaded Sanderson sister played by Bette Midler?

In the original film, Birch played Dani, one of the three young protagonists who accidentally brought the evil sorceresses back to life that ended up haunting modern Salem. Said witches, played by Midler, Sarah Jessica Parker and Kathy Najimy, are now back to haunt a new trio of unsuspecting teens. Said partners are Becca (Whitney Peak/ ‘Gossip Girl’), Cassie (Lilia Buckingham/ ‘Dirt’) and Izzy (Belissa Escobedo/ ‘American Horror Stories’), high school students who they will provoke the wrath of the Sandersons and they will have to take care of stopping them.

In ‘The Return of the Witches’ the Sanderson sisters come back to life after their execution in the 17th century, with the aim of using the town’s children to gain immortality. In its day, this film with terrifying overtones for the whole family was not very successful at the box office, but over the years it has become a must-see every Halloween. So Disney+, the streaming platform for which the sequel is being developed, plans the premiere of the aforementioned second part for Halloween this year.

Many assume that it is the same October 31, 2022something that the Mouse House has not yet ruled on, but which has gained strength as a possibility thanks to a publication by the film’s producer, Adam Shankman.