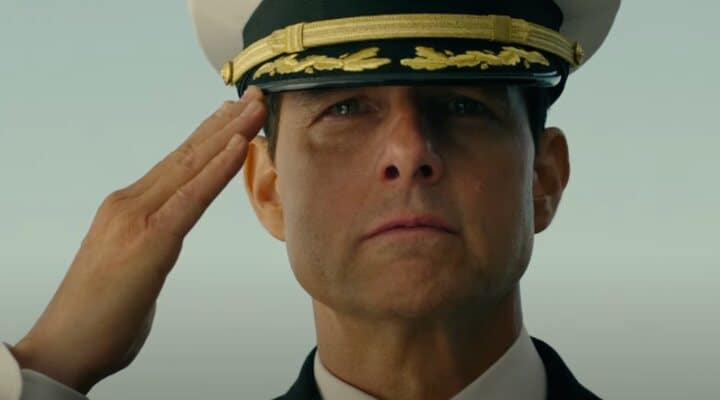 “You can cry and exhaust your tears”Lady Gaga sings on ‘Hold My Hand’ main theme of the soundtrack of Top Gun: Maverick in whose video Tom Cruise is visibly moved. Mixing images from the aforementioned sequel, but also from the original film, the video clip produced and written by the singer herself in collaboration with BloodPop, shows a Maverick still very affected by the tragedy of ‘Top Gun. Idols of the air’.

“Cry tonight, but don’t let go of my hand”reiterates Gaga in a video that underlines the emotion of the protagonist of this film, directed by Joseph Kosinski, who will certainly show how the death of Goose (Anthony Edwards) in the first installment has affected Maverick. Set 30 years after the original, this film sees Maverick training Top Gun graduates, among whom is Goose’s own son, Lt. Bradley Bradshaw (Miles Teller)also known as Rooster.

Cruise himself has already been in charge of praising Gaga’s work, praising her dedication on ‘The Late Late Show’, and ensuring that the song cemented the “emotional core” of the movie. “The song she had written fit perfectly and it became, really, the main theme and the heartbeat of our film“. Gaga also contributes to a soundtrack written by Hans Zimmer, Lorne Balfe and Harold Faltermeyer for a film that completes her cast with Jennifer Connelly, Val Kilmer, Jon Hamm or Monica Barbaro; and that its premiere is set for May 26.

Lady Gaga, an interpreter with an extensive musical career, is also not new to charging a movie with emotion through her songs. She already did it in ‘A star is born’, film for which he composed ‘Shallow’, a song that ended up becoming his first Oscar in the category of Best Original Song. now also an actress return to the load with a subject he has been working on for years.

See also  The 11 most inspiring quotes and memes from Martin Luther King Jr.

“When I wrote this song for ‘Top Gun: Maverick,’ I didn’t even realize how many layers it encompassed about the heart of the movie, my own psyche, and the nature of the world we’ve been living in. I’ve worked on it for years, perfecting it, trying to make it our own.“.

“I wanted to turn music into a song where we share our deep need to be understood and try to understand each other: a longing to be close when we feel so far away, and the ability to celebrate life’s heroes. I am very grateful to Tom for this opportunity. This song is a love letter to the world during and after a very hard time“.