All the Easter Eggs, references and cameos of ‘Doctor Strange in the multiverse of madness’ 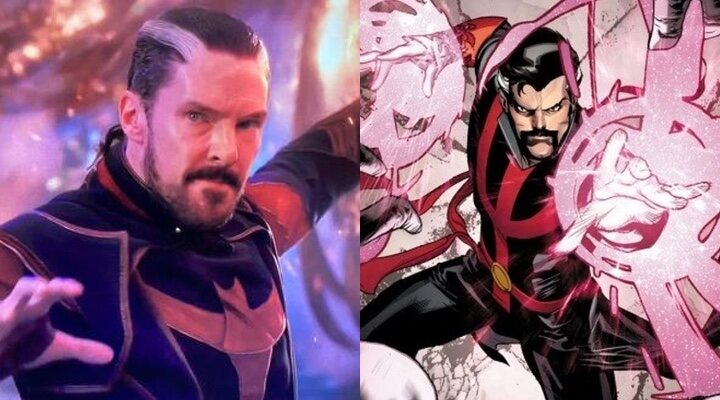 To no one’s surprise, ‘Doctor Strange in the Multiverse of Madness’ has brought a new barrage of references and connections to the Marvel Cinematic Universe, positioning itself as the new cornerstone of the entire Marvelite multiverse. It is not surprising, therefore, that Sam Raimi’s movie contains a large number of Easter Eggs and cameos to delight fans and with which to look at the future of the franchise itself.

This article contains numerous spoilers for ‘Doctor Strange in the Multiverse of Madness’ so if you haven’t seen it… stop reading!

The film, again starring Benedict Cumberbatch, It not only has direct nods to other UCM films, but also clear tributes to the vignettessomething recurrent in the saga since its birth.

As soon as the film begins, we can see the newcomer América Chávez (played by Xochitl Gomez) with an unfamiliar Doctor Strange. This variant of Strange is none other than Defender Strange, a version of the comics where he teams up with the Hulk, Namor and the Silver Surfer.. The look (suit, beard and hairstyle different from usual) is a direct heir to the comics.

The Book of Vishanti/The Darkhold

Vishanti’s book (created by the first Sorcerer Supreme, Agamotto, and the divine entities known as the Vishanti) it keeps inside everything necessary for a Sorcerer Supreme to defeat his enemy. For its part, the Darkhold is another magical book known as the book of the damned. Wanda Maximoff took it from Agatha Harkness at the end of ‘Scarlet Witch and the Vision’ and uses it in ‘Doctor Strange 2’ as a tool to be with her children again. 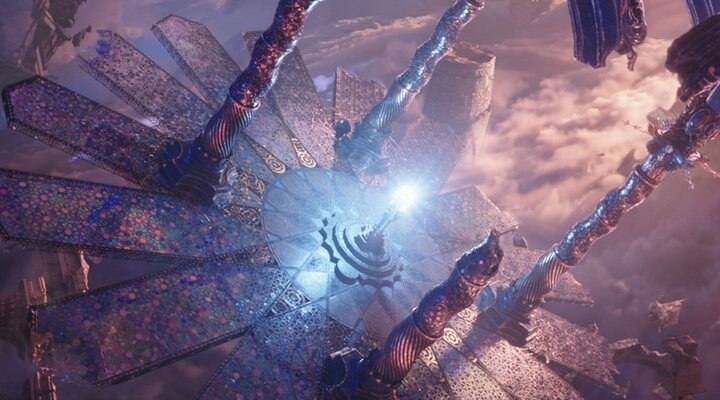 In order to reach the Darkhold, Wanda uses Wong to take her to the Darkhold. Mount Wundagoremythical place in the comics where the god of chaos wrote the magic book and where, in fact, the twins Wanda and Pietro were born.

The end of the first scene, where Defender Strange intends to kill America Chavez to gain the power to travel between universes, the Sorcerer Supreme uses the same phrase used by our Doctor Strange in ‘Spider-Man: No Way Home’ referring to the enemies from another universe that Tom Holland’s Spidey fought: “In the grand calculus of the multiverse, their sacrifice means much more than their deaths.“. 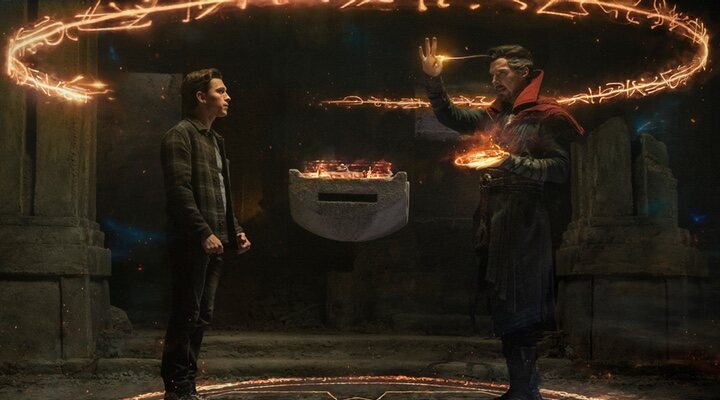 Also, after the fight with the cephalopod monster, Strange, Wong and Chavez have a conversation in which they refer directly to what happened in ‘No Way Home’. Also, they continue a joke started by Tom Holland and Andrew Garfield about where Tobey Maguire’s organic web came from.

See also  The Lord of the Rings: who is really Tom Bombadil?

Throats is the name of the giant octopus that appears chasing Chavez (we later learned that he was summoned by Wanda herself) and that he has a fierce fight with Strange and Wong in the middle of New York. Although his original name in the comics is Shuma-Gorath, he had to be changed due to a rights issue. 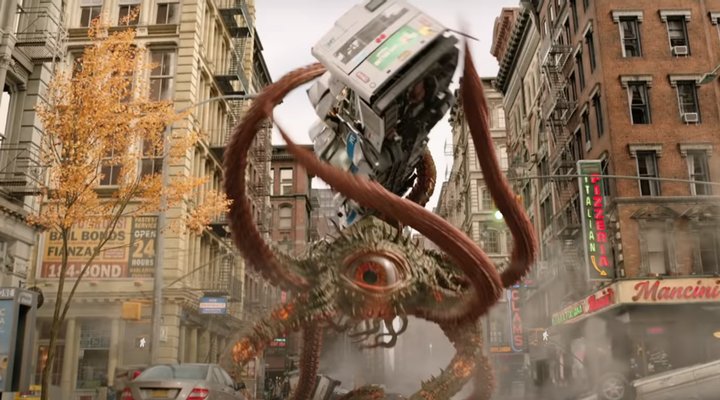 Returning to ‘Scarlet Witch and Vision’

Realizing that Gargantos was magically sent through another universe, Strange decides to turn to Wanda. At that moment, the character of Elizabeth Olsen is introduced while the theme of ‘Scarlet Witch and Vision’ plays in the background. 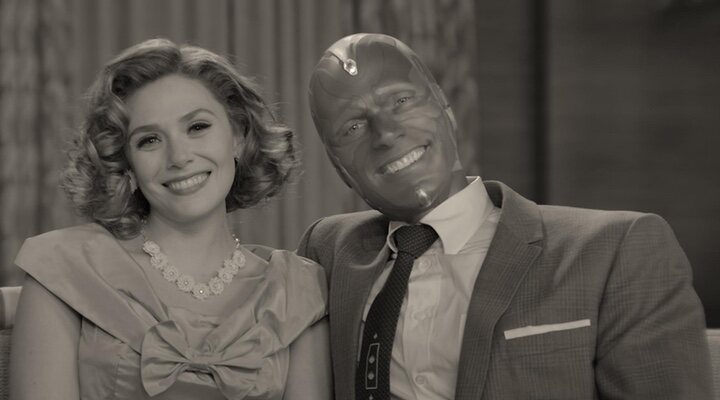 Also, when Wanda tries to sleepwalk into the body of the 838 universe’s Wanda, we can check how the house is identical to the one shared with Vision and his children in the series.

Hamir, the ancient master of the mystic arts of Kamar-Taj He is in charge of protecting América Chávez when Wanda attacks the sacred temple. In the first ‘Doctor Strange (Doctor Strange)’, Strange thought that he was the character known as the Ancient One. 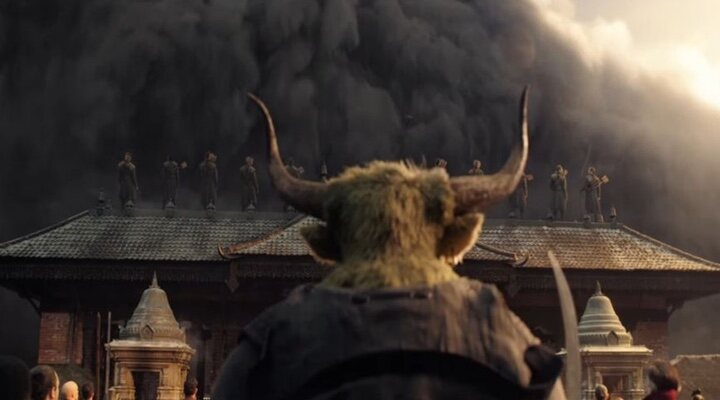 Another of the significant characters that we can see in the temple is a minotaur known as Rintrah. He is a classic comic book character who became Strange’s student in one of the series.

In order to enter the temple, Wanda manages to enter through the reflection of a gong. Her body turning and bending in an impossible way is directly reminiscent of Samara’s in ‘The Ring: The Circle’. 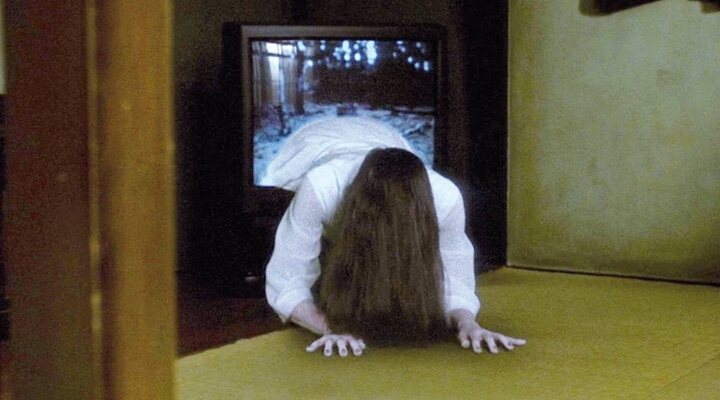 Switching universes, Strange prepares to fight Mordo’s version of the 838. However, this moment of tension is quickly dissolved by treating him as a friendsomething that is familiar to us if we remember Lando Calrissian’s welcome to Han Solo in ‘Star Wars: Episode V – The Empire Strikes Back’. 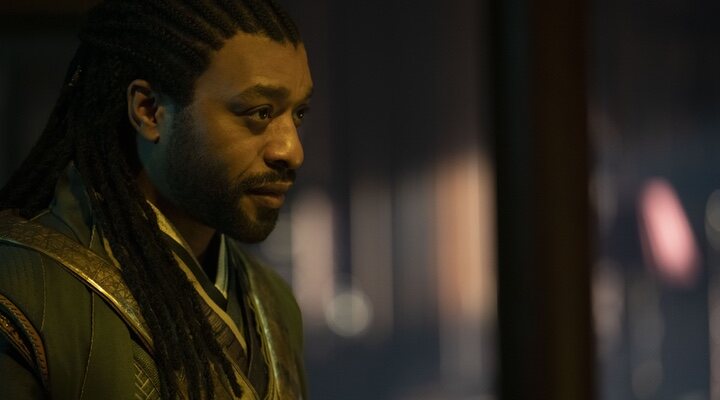 The betrayal that follows also hides a wink, and that is that Mordo (played by Chiwetel Ejiofor) uses the so-called Sands of Nisanti to poison Strange and America. In the comics, this magical artifact is used to temporarily neutralize magical abilities.

With the Illuminati we have run into

As soon as he wakes up, Strange finds himself trapped in some kind of headquarters that we later learn belongs to the Illuminati. As a security force we can see some familiar-looking drones. It is a replica of the villain Ultron, accidentally created by Tony Stark in ‘Avengers: Age of Ultron’. 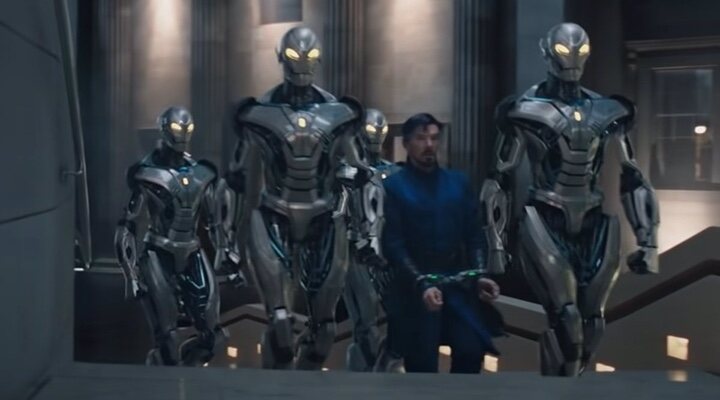 Another past Marvel villain is also referenced when, in a flashback of the Illuminati members killing their version of Strange, we can see on the side of the screen a killed Thanos.

One of the bombshells of ‘Doctor Strange 2’ is the appearance of John Krasinski as Reed Richard, better known as Mister Fantastic from the Fantastic Four. This confirms the rumors that linked the director of ‘A quiet place’ with the UCM, where he is expected to see him again in the next film of the superhero group. With the, Patrick Stewart as Professor X and with the theme of the X-Men animated series in the background, it’s another great moment. They complete the group of the Illuminati Hayley Atwell as Captain Carterwhich we could see in the last trailer before the premiere and that paraphrases Captain America by Chris Evans with his mythical phrase: “I could do it all day”; Anson Mount as Black Boltreprising his short role in ‘Inhumans’ and Lashana Lynch as Captain Marvelafter her appearance as Brie Larson’s partner in ‘Captain Marvel’. 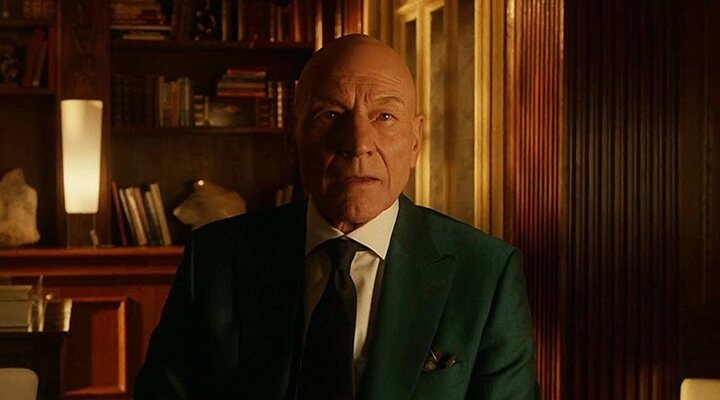 Another of the fun cameos is that of Bruce Campbell, a veteran of appearing in Sam Raimi movies as he had a role in each installment of his Spider-Man trilogy, which plays a traveling pizza boy that Strange plays with by making him hit himself. Finally, another of the revealed cameos is found within one of the post-credit scenes.

See also  Back 4 Blood requires an internet connection, even when playing alone

Before fighting his version of the universe that is already devastated, Strange remembers the death of his sister to prove that he is a real Stephen Strange. The death of Donna Strange drowning in a long ice cream comes straight from the comics. 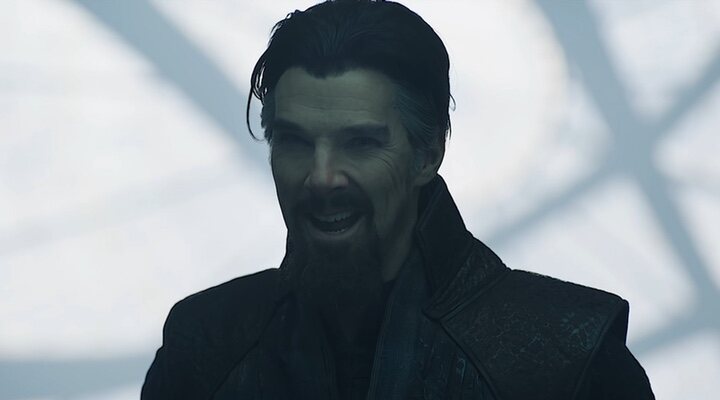 The musical wrestling duel that takes place between Sinister Strange and our Doctor Strange contains Bach and Beethoven scores within the soundtrack by Danny Elfman.

“There was no other way”

In multiple scenes Strange makes it clear that “there would be no other way” to save the universe, a personality trait that confronts that of Christine Palmer (played by Rachel McAdams), since the doctor considers that Strange always wants to do things his way. The phrase is remembered because Strange says it to Stark in ‘Avengers: Infinity War’. 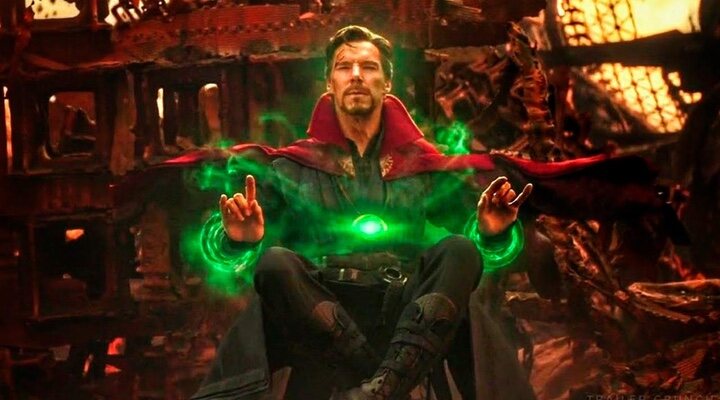 Wanda is also responsible for recalling ‘Infinity War’ by mentioning Vision’s death at her handsmoments before Thanos reversed the situation and took the mind stone.

In the last scene of the film, before the end credits, we can see how our version of Strange, the one from 616, ends up developing his own third eye, as had its Sinister version. In the comics, this was the true eye of Agamotto that helped him fight against the dark arts. 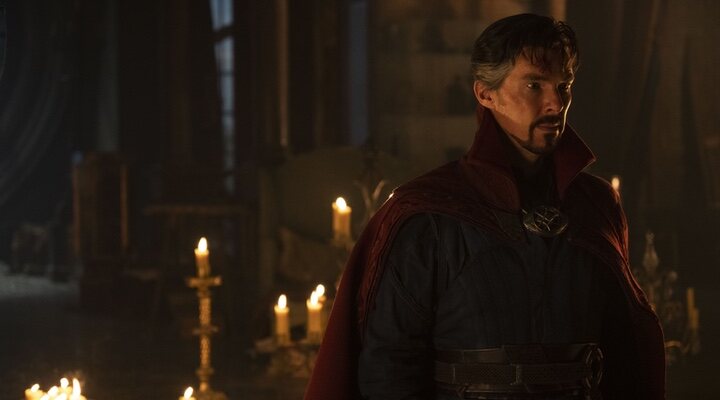 ‘Doctor Strange in the Multiverse of Madness’ is currently in theaters. You can read our review now.