‘Avatar: The Way of Water’ Trailer: Dive Back Into Pandora 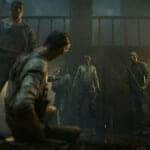 The first trailer for “Avatar: The Way of Water” hit the web Monday after first debuting at CinemaCon and then ahead of “Doctor Strange in the Multiverse of Madness” — but if you still haven’t seen it, you’re in for to treat

The “Avatar” sequel is directed by James Cameron, based on his 2009 blockbuster hit, and he now takes us underwater with some stunning outerworld cinematography.

Set more than a decade after the events of the first film, “Avatar: The Way of Water” begins to tell the story of the Sully family (Jake, Neytiri and their kids), the trouble that follows them, the lengths they go to keep each other safe, the battles they fight to stay alive and the tragedies they endure.

“I know one thing: wherever we go, this family is our fortress,” Sam Worthington’s Jake Sully says at the end of the trailer.

The trailer is light on plot beyond that, but it hints at one of the Sully family’s kids raised as a Na’vi but looking human. And so much of the glorious exploration of Pandora is done over a pristine ocean teeming with life, including one massive aquatic beast.

“The Way of Water” is the first of four sequels that 20th Century Studios will release over the next few years, and Cameron has been taking his time with them since the original film was released in 2009. Countless delays and more than a decade passing since the original has made some wonder about the appetite for a new “Avatar” film, let alone four of them.

But the original “Avatar” was a groundbreaking event that took 3-D technology to new heights and was one of the last of its kind of an original blockbuster that grew to enormous heights from the word of mouth on its spectacle alone. The film was nominated for nine Oscars, including Best Picture, and won three. Following a re-release in China last year that provided there’s still enormous excitement for this franchise, “Avatar” worldwide remains the highest grossing movie of all time with a $2.84 billion haul.

“Avatar: The Way of Water” opens in theaters Dec. 16, and 20th Century Studios is re-releasing the original “Avatar” on Sept. 23. 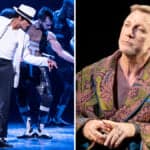