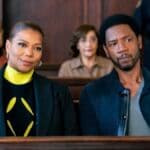 It’s a good day for the millions of fans of the “FBI” franchise. CBS has renewed all three of the shows — “FBI,” “FBI: International” and “FBI: Most Wanted” — for two more seasons.

The news comes a week before CBS’ presentation at Upfronts.

All three shows, which air in a block on Tuesdays, have been ratings winners for the network.

“The FBIs are one of the most successful brands in the entire TV landscape and a powerful cornerstone of our No. 1 lineup,” Kelly Kahl, president of CBS Entertainment, said in a statement “They’ve attracted a dedicated, loyal fan base , thanks to the extraordinary vision of executive producer Dick Wolf and the talents of all three outstanding casts and creative teams. I know we and our viewers look forward to two additional seasons of engaging, heroic stories.”

“Everybody who works on these three shows is over the moon about the multiyear pickups,” Dick Wolf, executive producer and FBI brand creator, commented in a statement. “We are all incredibly grateful to CBS and our partners at Universal Television and CBS Studios. And I personally would like to thank the incredible casts, talented writers and dedicated producers, not to mention three crews who never missed an airdate despite the difficulties of producing full seasons during the COVID-19 pandemic.” 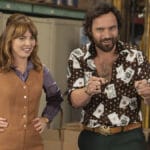 admin
See also  The Conjuring: 10 Things That Happen in Every Movie