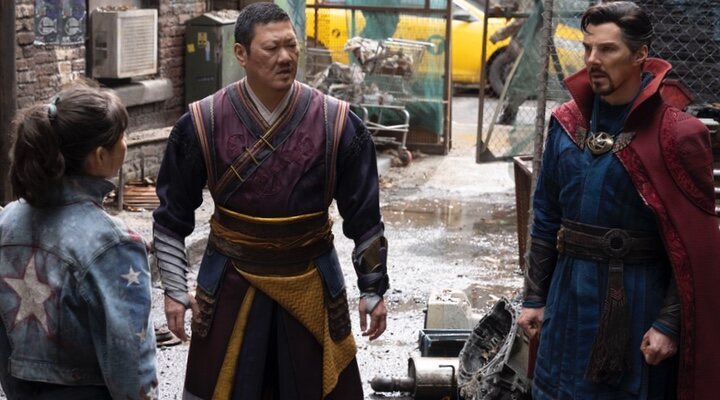 One week after Spanish cinema was delighted with the great premiere of ‘Alcarràs’, which has already been seen by 190,000 spectators, it is Marvel Studios’ turn to reign at the box office again. ‘Doctor Strange in the multiverse of madness’ becomes, after its first weekend, the best premiere in Spain so far this year with more than 5.5 million euros raised and more than 780,000 viewersaccording to Comscore.

It thus becomes the second best opening for Marvel Studios in the post-pandemic era only behind ‘Spider-Man: No Way Home’ and in the fourth best premiere of its entire history after ‘Avengers: Endgame’, ‘Avengers: Infinity War’ and the wall-crawler.

While in the United States the Sam Raimi film reached 185 million dollars (reaching a total of 450 million thanks to the 265 million in the rest of the world) as announced by Disney, in Spain it has been in charge of unseating ‘El Northman’ which was still in first place just before the movie festival started. What’s new in the Marvel Cinematic Universe, which has meant an increase of 57% in the total box office compared to the previous weekend, already pointed to ways after passing ‘The Batman’ on the right in the pre-sale of tickets. Also in pre-sale, ‘Doctor Strange 2’ was responsible for surpassing ‘Avengers: Infinity War’ in tickets sold during the first week.

‘Doctor Strange in the Multiverse of Madness’ is placed like this number one in the weekend’s provisional top 10, beating Carla Simón’s film and Robert Eggers’s. They complete the top ‘Sonic 2: The Movie’, ‘Downton Abbey: A New Era’, ‘Fantastic Animals: Dumbledore’s Secrets’, ‘The Lost City’, ‘The Bad Guys’, ‘MET Opera’ and ‘The Secret of Vicky.

A new triumph in Spain

The sequel to ‘Doctor Strange (Doctor Strange)’ is just the latest chapter in an idyllic relationship between Marvel and Spain. Spanish movie theaters were given a good boost with the premiere of the last film of the arachnid that achieved just over 28 million euros in total collection with more than 4 million viewers. A figure that has only been surpassed in 2019 with the impressive 29 million that ‘Endgame’ achieved, passing 4 and a half million viewers.

Regarding the data in its first weekend, ‘Doctor Strange 2’ is quickly placed as the fourth with the highest collection but it is far from the madness that was the 7.29 million collected from ‘No Way Home’ and the 10.34 million from ‘Endgame’. In addition, the film’s opening Friday earned 2.3 million, placing it as the best opening day since the start of the pandemic.