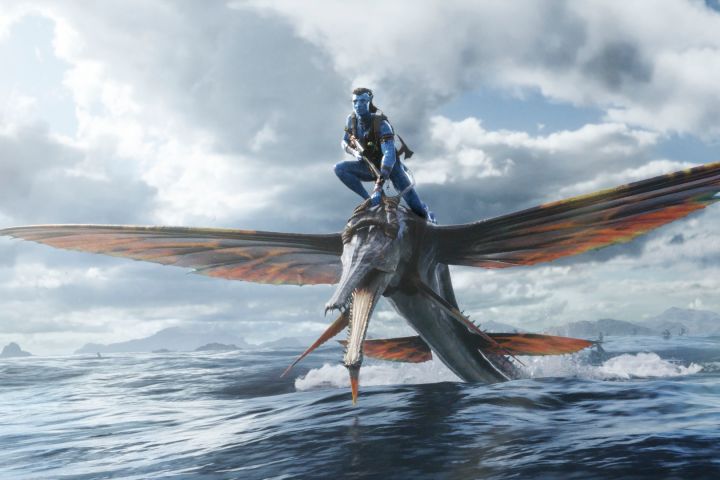 More than a decade after “Avatar” arrived in theaters, viewers are getting their first look at the long-awaited 3D sequel, “Avatar: The Way Of Water.” Disney released the first teaser trailer online after premiering it ahead of “Doctor Strange In The Multiverse Of Madness” over the weekend.

Set 10 years after the events of the first film, “Avatar: The Way Of Water” follows Jake Sully (Sam Worthington), Neytiri (Zoe Saldana), and their kids as they go to great lengths to keep one another safe through tragedy and battles on Pandora. Set mostly in water, the cast includes Kate Winslet, Michelle Yeoh, Giovanni Ribisi, Jemaine Clement, Sigourney Weaver, Stephen Lang, and Edie Falco.

“It’s going to be mesmerizing. It’s going to be just like nothing you’ve ever seen before, but it’s also going to be deeply moving” – @zoesaldana on what to expect from the upcoming #Avatar https://t.co/tjCetgnFru pic.twitter.com/tr1Qoj7K5S

READ MORE: ‘Avatar 2’ Is Officially Named ‘Avatar: The Way Of Water’ As The Trailer Is Previewed At CinemaCon

Directed by Canadian-born James Cameron, “Avatar: The Way Of Water” is the first of four upcoming sequels that will each focus on the Sully family.

At CinemaCon last month, producer Jon Landau said “each story will be a stand-alone and each will come to its own conclusion.” He added that there will be a “fulfilling resolution to each film, but when looked at as a whole the journey across all four will create a larger epic saga,” according to dead line.

Still the highest-grossing movie of all time, “Avatar” raked in more than $2.84 billion at the worldwide box office. Disney plans to re-release the original film in theaters on September 23 in advance of the sequel.

“Avatar: The Way Of Water” arrives in theaters on December 16. Check out more images from the movie below.