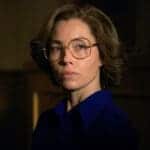 In Hulu’s limited series “Candy,” which is based on a real-life murder from 1980, Jessica Biel plays Candy Montgomery, a wife and mother who shocks her small town and the entire nation when it’s revealed she was the one who brutally killed friend Betty Gore (Melanie Lynskey) with an axe. The first episode debuted Monday on Hulu, with new episodes rolling out every night through Friday.

Candy is an outgoing, flirtatious mom of two who seems to have it all, but is frustrated that her engineer husband Pat (Timothy Simons) ignores her sexual overtures. Meanwhile, wallflower Betty also feels neglected by her husband Ella Alan (Pablo Schreiber), who frequently travels for work. When Candy begins a clandestine affair with Alan, the tension between the two women, who seem to be the best of friends, culminates in bloody murder.

The Wrap talked to Biel (who also executive produces) and Lynskey about how much their diametrically opposed characters had in common and how long it took to film the climactic ax scene. The whole series seems to be building to the attack, but we don’t see it right away. The two actresses spent months rehearsing for the difficult scene, which was originally supposed to be much longer. As it is, the physically demanding assault, which is shown from Candy’s point of view, still took two whole days to film.

TheWrap: How long did it take to film the attack?

lynskey: It was two days. It was originally scheduled to be longer and got condensed. So it became a very intense couple of days.

Did either of you get hurt?

Biel: I don’t think I got hurt. It was more like, from holding that ax so tightly, I had all these like weird little things on my hands. But one of the things that was amazing is I feel like we trusted each other so much. And we were really doing a dance. You know, we had worked on the sequence for months, separately and together. And so when we were finally there, we knew it so well. And we just danced along with each other basically. And nobody got hurt. It was kind of amazing.

Lynskey: yeah. And also our stunt coordinator Gaëlle (Cohen) is so wonderful – so, so, so careful. And we had the doubles who did a couple of moments. A lot of it when I watched it. I was like, “Oh, that’s us?”

Biel: Yeah, it was cool. I always find it empowering when you can just do most of it yourself.

When we first meet them, these two characters are very dissatisfied, aren’t they?
biel: Yes, they are. They are dissatisfied with a lot. And it’s so nice that you picked up on that they’re both feeling that. It’s many different things combined, but a deep deep dissatisfaction with their lives. [They’re] lonely and maybe regretful, I would think, and with the inability of just not knowing how to communicate about that.

Melanie, I just felt so bad for Betty. It’s an interesting role for you compared to “Yellowjackets.”

Lynskey: One of the things that really attracted me to this project is — I read it while I was shooting “Yellowjackets” — was the idea of ​​playing somebody who was so completely different from Shauna, the character I play on “Yellowjackets.” Sometimes Shauna is tough for me, because she there’s like an inner sort of swagger and confidence that she has that I don’t have in my life. I relate a lot more to somebody who’s sort of shy and has a harder time connecting with people and would rather just be sort of standing in the corner. So there was a lot that resonated with me, and the scripts were just so great. So it was just a very easy yes. 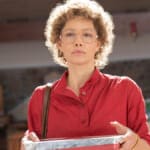 Why did Candy have such a spell over everyone?

Biel: Good question. I just think she had that ability. It’s one of those natural kind of things, someone who’s charming and, you know, able to make anyone feel good and comfortable and sort of shine the light on anyone that they’re speaking to. That’s a gift. My portrayal of her is that she could do that and she had that ability. And she was kind of enigmatic in that way. And she just moved easily through the world, outwardly at least.

Jessica, how do you approach playing a real person like Candy versus a fictional character like in “The Sinner?” Does it make a difference in your approach?

Biel: In an emotional approach? Maybe not. But, I feel like there’s a high sense of sensitivity and responsibility that you have when you’re portraying a real life person or someone who did exist at some point. You want to be really conscious about not making a joke of anything ever or, you know, creating a caricature, like really, really trying to do this story justice and service in the way that we want to talk about the themes of this, which is repression, like you said, dissatisfaction, female rage, societal pressures, patriarchal society, gender stereotypes, all back in the 1980s.

The first episode of “Candy” is now streaming on Hulu. A new episode drops nightly through Friday.