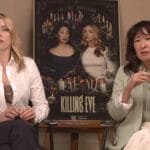 “Killing Eve” and “The Last Duel” star Jodie Comer will star in an apocalyptic thriller called “The End We Start From” from director Mahalia Belo and executive producer Benedict Cumberbatch.

Belo’s (British series “Requiem” and “Ellen”) film is based on a novel by Megan Hunter of the same name about an environmental crisis that submerges London in flood waters and sees a young family torn apart in the chaos. Comer will play a woman who along with her newborn de ella try to find their way home.

Hunter’s novel “The End We Start From” came out in 2017 and was her debut novel, and it drew comparisons to Cormac McCarthy’s seminal book “The Road.” Alice Birch, a writer on “Normal People,” “Succession” and “Lady Macbeth,” wrote the screenplay for the film. Hunter is also the author of 2020’s “The Harpy.”

Anton and BBC Film will co-finance the film with the aim to begin production this August.

Cecile Gaget will launch global sales on the film at the upcoming 2022 Cannes Market. UTA Independent Film Group will represent the US sale.

“’The End We Start From’ is very close to our hearts. Megan’s heart-wrenching novel, and Alice’s wonderful adaptation, present a story about motherhood, separation, social and environmental upheaval, and those primal instincts in us which draw moments of joy and inspiration out of the chaos. We are incredibly excited to have Mahalia and Jodie lead this talented creative team in making what we know will be a resonant, riveting film,” Leah Clarke, Liza Marshall and Adam Ackland said in a joint statement. 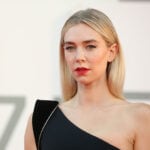 Anton recently acquired a minority stake in Cumberbatch’s SunnyMarch and announced a development and production agreement for feature films, and “The End We Start From” will be the first project under that agreement.