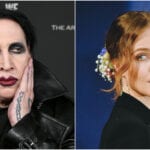 Former Food Network star Mario Batali’s sexual misconduct trial began on Monday with testimony from a Massachusetts woman who accused him of kissing and groping her at a Boston restaurant.

More specifically, the woman said Batali’s behavior took place during her attempt to take a selfie at the restaurant in 2017. According to AP‘s report, the 32-year-old testified that she “felt confused and powerless to do anything to stop the celebrity chef.”

“This happened to me and this is my life,” the woman added during questioning by prosecutors. “I want to be able to take control of what happened, come forward, say my piece and have everyone be accountable for their actions.”

The woman also mentioned other women who stepped forward to voice similar experiences with Batali, saying she felt embarrassed by what happened until she heard their stories.

Anthony Fuller, Batali’s lawyer, said the assault did not happen, and said the accuser has a financial incentive to lie about it. Fuller also detailed that the woman seeks more than $50,000 in damages in a separate suit against Batali that’s pending in Suffolk County Superior Court in Boston.

Fuller also produced evidence to counter the woman’s claim in the form of receipts from the Boston Eataly, which Batali once owned. With the receipts, dated after the 2017 incident, Fuller argued that she continued to support the business after what happened. Fuller also brought up the selfies in question, during cross-examination, questioning why none of them indicated any sign of alleged assault. 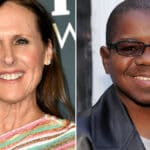 In response, the woman said the close-up framing of the photos wouldn’t have shown where Batali was touching her. She also claimed Batali seemed drunk and her to come up to his hotel room after her, but she declined asked.

“It was all happening so quickly and it was happening essentially the whole time,” she testified. “Just a lot of touching.”

Batali pleaded not guilty to a charge of indecent assault and battery in 2019. For his trial — which was delayed by COVID — Batali waived his right to a jury trial and chose to have his fate decided by a judge. If convicted, he could face up to two and a half years in prison as well as required sex offender registration. 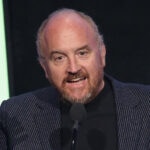 Batali and his business partners have agreed to pay $600,000 to accusers in order to settle an investigation of sexual harassment claims stemming from 2017. The New York State Attorney General’s office announced the agreement with Batali and his associates in July 2021.

The money will be divided among employees at restaurants that Batali owned until 2019, including Babbo, Lupa and the now-closed Del Posto. The announcement said the settlement is for “fostering a hostile work environment that permitted a sexualized culture of misconduct and harassment at their restaurants in New York City.”

in an Eater article published in December 2017, Batali was publicly accused of sexual misconduct by four women. The chef said in a statement at the time, “Much of the behavior described does, in fact, match up with ways I have acted. That behavior was wrong and there are no excuses.” 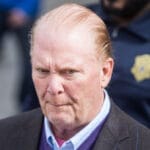