Marvel Theory: Bees are to blame for everything in Doctor Strange 2 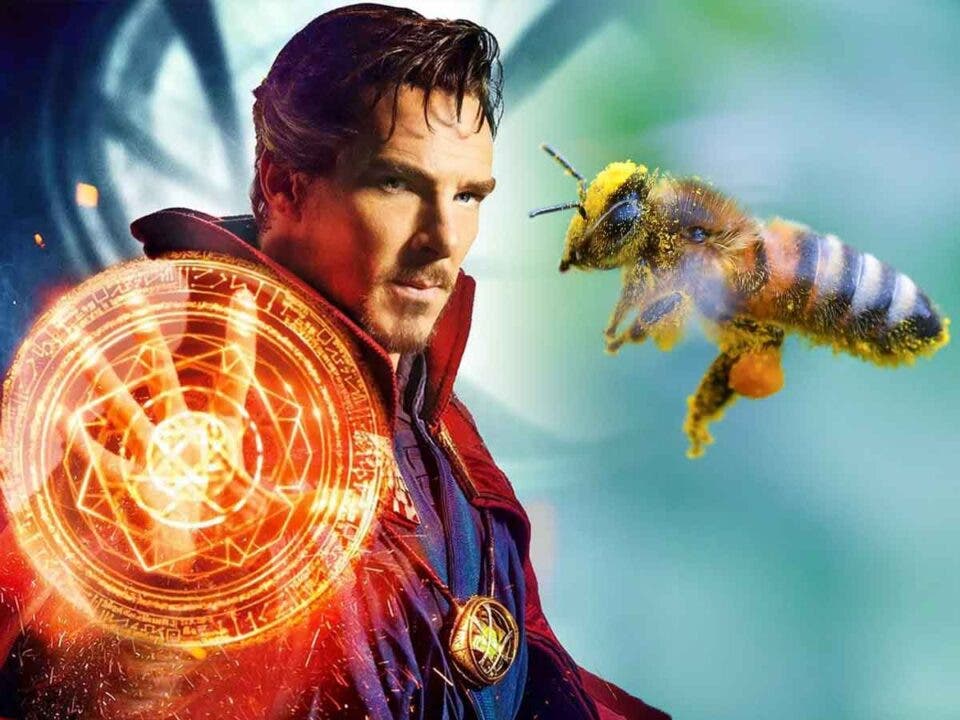 Attention SPOILERS about the movie Doctor Strange 2, the new installment of the Marvel Studios Cinematic Universe.

bees! Why are they suddenly so important in the MCU? As we already know, Marvel Studios leaves nothing to chance. So if it shows something, it is because it is important. Now there is an interesting theory about the bees of Doc Strange 2.

The most important character in the history of Doc Strange 2 it is America Chavez (Xochitl Gomez), because she is the one who moves the plot. Since the movie starts when he tries to get the vishanti book along with a version of Stephen Strange. They fail but the young woman reaches the Universe where she meets our Doctor Strange and we discover that really the one who chases her in the distance is Scarlet Witch. The reason is that America Chavez It has the power to transcend realities. Interestingly, the first time she unleashed that gift when she was little was because she got scared because a bee was about to sting her, causing her mothers to die or disappear.

before seeing Doc Strange 2 it is advisable to have the Marvel series fresh in memory WandaVision (Scarlet Witch and Vision) which is available in Disney Plus. Interestingly on that show, when it is revealed that Wanda is pregnant, we can see a man coming out of a sewer in a beekeeper’s outfit surrounded by bees. Also, there are a bunch of hexagon representations that reference the big spell that covers the town called Westview. Many fans thought at the time that all this had to do with “Mephisto”but the hexagon is the way bees build their cells.

Scarlet Witch is the queen bee?

The theory Marvel circulating on the Internet tries to clarify the behavior of Wanda Maximoff. Since she has suffered a lot because of the war and the experiments that they did with her brother. But she was able to become a hero and was part of the Avengers who defeated Thanos. The strange thing is what happens after her, since losing her lover that she is View, creates his own micro-universe where he enslaves the people living as a hive mind. Although things do not end well and he has to leave. So he comes up with another grand plan: Travel the multiverse and kill another Wanda Maximoff that she has children and be happy, since she wants to take her place. Something very common in the animal kingdom when a queen bee succeeds another.

There is even one of the Universes that the protagonists cross through that are seen very quickly, where the people are giant bees that live in hives. There have been many philosophers throughout the ages who have compared bees to human civilization. For example Aristotle, Seneca either Cicero. That is why the symbolism that he has wanted to give it is curious Marvel to these insects in the movie Doc Strange 2.