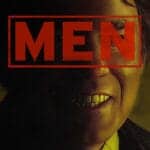 The debate over the term “elevated horror” is sure to continue with writer-director Alex Garland’s latest feature, the village grotesque “Men.”

The tale of a young Londoner (Jessie Buckley) whose healing getaway turns harrowing, this calculated exercise in menace wants so very much to subvert, confound, and disturb as it probes mutating fractures between what were once quaintly called “the sexes” that it forgets to function as a movie.

And yet, Garland’s active engagement with his themes, moods, and show-stopping ick is still something to be reckoned with in today’s climate of fear in the film industry regarding original stories. For those thrown by the “Ex Machina” director’s last film, the nervy sci-fi odyssey “Annihilation” — an assured, emotional journey into the impenetrable — “Men” and its clunky-then-gunky head-scratchers aren’t likely to restore faith. But for moviegoers who crave opinionated conversations later, this intriguing misfire is further proof that we still need filmmakers like Garland out there, even when they’re, well, out there.

Whatever’s happening in the movie’s opening fragments of unnerving imagery — sparks hitting a waterfront apartment’s railing, an eerie orange glow, the nosebleed on a terrified-looking Harper (Buckley) — we know it’s why our protagonist is next seen driving her Ford Fiesta to the English countryside as singer-songwriter Leslie Duncan’s plaintive classic “Love Song” accompanies the rolling, tranquil scenery. Arriving at her cozy, stately vacation-rental manor tucked inside a hedged boundary, Harper plucks an apple from the tree out front and bites. (Does Garland’s business card read “Cheeky Allegorist”?)

There to show her around is the eccentric owner Geoffrey, played by a prosthetic-enhanced Rory Kinnear. His colorful Britishisms (“wiggly-wobbly way” and “scrumping”) and awkward humor are intended to further signal that Harper — whom we gather from recurring memory flashes is recovering from the tragic end of a turbulent marriage with an emotionally abusive man (an emotionally abusive man). intense Paapa Essiedu, “I May Destroy You”) — has decamped securely into the quaint, bucolic charms of Wodehouse country. 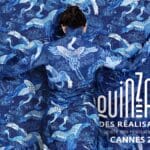 On a solo nature walk, however, which Garland uneasily draws out with excessive cutaways to her verdant surroundings, we begin to gather Harper is neither alone nor exactly safe. One clue is the naked, grubby-looking man staring at her from a distance; his prowling reappearance outside the property (a genuinely tense sequence) is another, provoking a call to the police and his arrest of him. That this silent vagrant is also played by Kinnear doesn’t seem intended to fake the viewer out. Harper, however, doesn’t seem to notice any similarities. Are we supposed to wonder why she doesn’t?

It soon becomes apparent that Kinnear is playing every village male Harper encounters: a patronizing vicar in whom she confides, a surly boy (via face-compositing CGI), a policeman, unfriendly pubgoers. Some of it’s played for laughs, but a creepier vibe also sets in: that Harper has entered a threatening scenario, one that only gets worse, and weirder.

There’s clearly a symbolic purpose to the one-man-fits-all ploy, beyond the fact that it tips a hat to virtuosic multi-role feats by Alec Guinness, Peter Sellers, and Eddie Murphy. Kinnear acquits himself quite well, too, with each archetype’s distinguishing qualities, be they funny or fearsome. But this fantastical swerve is also when Garland’s patient, dread-inducing set-up begins to unravel; Garland’s bold stylistic gimmick and his allusive points about contemporary relationships both jockeying for pride of place while he ramps up a trapped-woman fright flick. 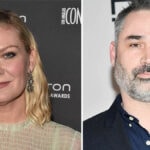 It winds up being both too much, and not enough — usually the problem with “elevated horror” — and at the very least serves to waste Buckley’s enormous gifts, with Harper seeming more like a lab specimen tossed into a freak show than a fully realized character. The hope for a psychologically besieged female lead as memorable as Catherine Deneuve’s in “Repulsion” or Elizabeth Moss’ in “The Invisible Man” remains frustratingly unfulfilled.

That being said, the freak show doesn’t disappoint when Garland unveils his body horror ta-da, an epically squishy Cronenberg-meets–“The Thing” reveal that would land better as a sick flourish if it didn’t smack of just being a punch line to a shaggy-dog joke about the male psyche. Somewhere along the way, what starts as a curious story about trauma and fear in the aftermath of a bad breakup becomes a self-consciously theoretical mindbender. Where “Annihilation” gained power by simultaneously clicking into place and splitting apart at the same time, “Men” just feels disjointed, and distancing because of it.

Considerable craft, smarts, and imagination have certainly gone into “Men” — from Kinnear’s heavy lifting to the eerily placid cinematography of frequent Garland collaborator Rob Hardy to that gonzo effects climax — but it only ever feels like you’re watching a horror exhibit from behind a rope rather than a nightmare from inside it.