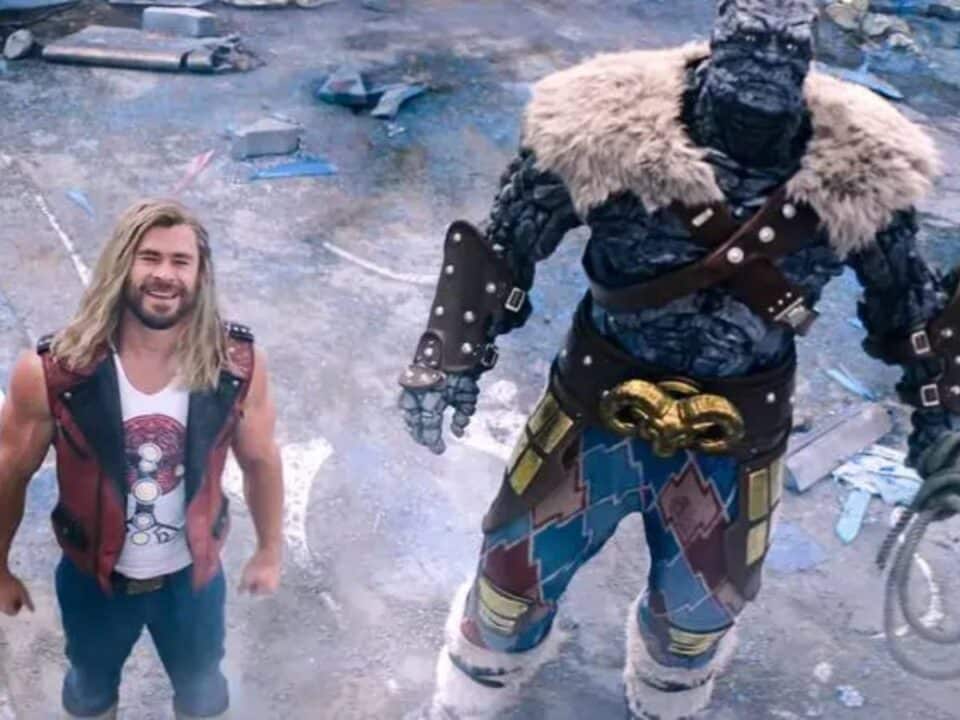 Korg will have a slight change in the final design of the character. Thor: Love and Thunder just showed off that change and it’s a lot of fun.

the website of Advanced Graphics has posted a list of stores with a life-size cardboard cutout of Korgthe character of Taika Waititi in Thor: Love and Thunder. In this cutout you can see the rocky creature from Marvel Studios with a mace However, it does sport some really notable and significant design changes. The most relevant, surely, is the fact that he has grown a mustache. She has grown hair on the stone! We have to love this character irremediably, we can’t do anything else.

It is curious that we see Korg with a mustache in this promo for Thor: Love and Thunder. After all, Marvel Studios presented a few weeks ago the official trailer for the movie of the God of Thunder and we did not see the stone-man with a mustache. We do not know why they have kept it or at what point in the film he will appear with a mustache. What we are clear about is that he looks great on him, although he seems to have aged a few hundred years as soon as his mustache hair grew. Hopefully one day we will see him with a lush and dark beard. We are sure that he would look great on you.

What will become of this character in the UCM?

Korg’s new physical look seems to be much more epic than we’ve seen before. Perhaps after the time he has spent with the Asgardian god traveling the cosmos and the trust he has acquired, the queen Valkyrie has decided to offer you more responsibilities regarding New Asgard. And that’s why he sports an elegant bureaucratic mustache on Thor: Love and Thunder. Be that as it may, it is expected that he will have a relevant and significant role as a secondary character in this film. We really want to see it!