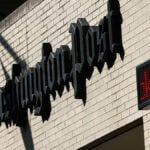 The Washington Post won the Public Service Pulitzer Prize on Monday for its reporting on the Jan. 6 riot at the US Capitol.

The Pulitzer Website describes the Public Service prize as awarding “a distinguished example of meritorious public service by a newspaper, magazine or news site through the use of its journalistic resources, including the use of stories, editorials, cartoons, photographs, graphics, videos, databases, multimedia or interactive presentations or other visual material, a gold medal.”

The Post received the award “for its compellingly told and vividly presented account of the assault on Washington on January 6, 2021, providing the public with a thorough and unflinching understanding of one of the nation’s darkest days.”

Split into three chapters: before, during and after ‘The Attack,’ The Post’s coverage examines holes in politics and security, providing a throrough amount of evidence, summarized by the deck: “The Jan. 6 siege of the US Capitol was neither a spontaneous act nor an isolated event.”

Finalists in the Public Service category included the Milwaukee Journal Sentinel and The New York Times.

Other prizewinners include the staff of the Miami Herald in the Breaking News Reporting category, the staff of The New York Times in National Reporting and international reporting, Marcys Yam of the Los Angeles Times and Win McNamee, Drew Angerer, Spencer Platt, Samuel Corum and Jon Cherry of Getty Images for Breaking News Photography.