You can now buy your tickets for ‘Jurassic World: Dominion’ 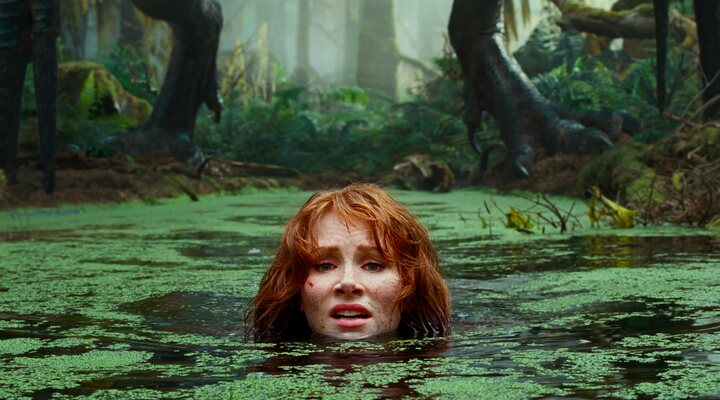 On June 9, ‘Jurassic World: Dominion’ hits theaters, the third installment of the new saga of the franchise and the epic finale of this Jurassic era. Just a month before, since this May 9, You can now buy your tickets for more than 300 Spanish cinemas between large exhibition circuits and independent rooms. In the official website of the film you can consult the complete list of cinemas with pre-sale.

Directed by Colin Trevorrow, Chris Pratt and Bryce Dallas Howard are joined at the end of this trilogy by the three original leads from Steven Spielberg’s 1993 classic, Laura Dern, Jeff Goldblum and Sam Neill: Dr. Ellie Sattler, Dr. Alan Grant and chaos mathematician Ian Malcolm. The story takes place four years after ‘The Fallen Kingdom’, in a world where Isla Nublar has been destroyed and dinosaurs and humans share the planet in a fragile balance that will change the future of humanity.

The cast has been joined by new names new to the franchise such as DeWanda Wise, Mamoudou Athie, Dichen Lachman, Scott Haze and Campbell Scott, but also other old acquaintances such as BD Wong as Dr. Henry Wu, Justice Smith as Franklin Webb, Daniella Pineda as Dr. Zia Rodriguez, and Omar Sy as Barry Sembenè. Between ‘Jurassic World’ and its sequel, the new ‘Jurassic Park’ trilogy has amassed more than $1.7 billion worldwide.

The success of the presale

Ticket pre-sale is a good way to predict how successful a movie will be at the box office, just look at ‘Doctor Strange in the Multiverse of Madness’. When the advance tickets came out, the new installment of the Marvel Cinematic Universe exceeded ‘The Batman’ in the United States in 24 hours and in Spain 160,000 advance tickets were reached. And how has it been at the box office? It is one of the best launches in the history of the MCU. And if we look at the case of Spider-Man: No Way Home’, Tom Holland’s film broke all records in our country, selling more than 130,000 tickets in one day before its premiere and pulverizing even the figures of ‘Avengers: Endgame ‘.