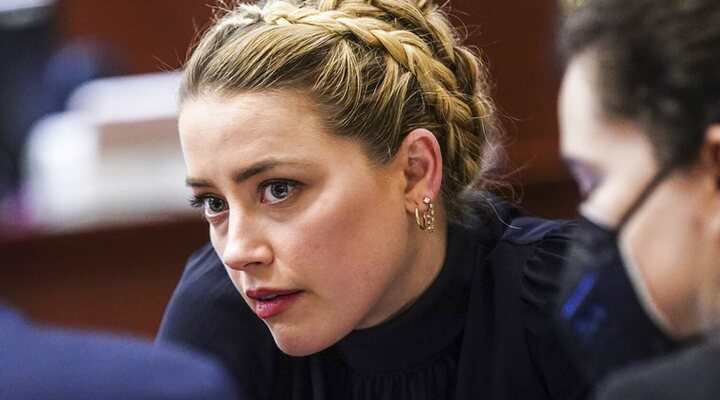 The trial between Johnny Depp and Amber Heard for defamation is currently on hold due to another previous commitment of the judge handling the case, but the issue continues to attract attention. No one escapes memes, not even the most serious and rugged issues, as is the case. The latest trend on TikTok is to mock the actress for her reactions and statements at the trial.

One of the latest virals has been a video where one of Heard’s statements can be heard: “I was walking out of the room, he slapped me and I turned to look at him. I said ‘Johnny you hit me, you just hit me'”but the montage shows, instead of the actress herself, a cat with a blonde wig, to later embody Depp himself with a black wig and a pirate scarf. The TikTok profile (@heyitsgingerandpepper) that posted the video has 900,000 followers and the meme has already reached 16 million views.

TikTok’s largely Gen Z user base is social justice conscious, with much content geared towards abuse and trauma prevention. Nevertheless, the comments of the video would be full of good comments. “This couldn’t be more creative. I love it! They are better actors than Mrs. Amber”says one of the comments with more than 10,000 likes.

The audio of the actress testifying about her abuse in the Virginia trial is going viral to the point that around 15,000 videos are using it to create memes and ridicule around it. Most disturbing of all would be some of those videos (many with over 10 million views) explicitly parodying the abuse Heard describes in his testimony. The people who appear in these videos (mostly men) imitate the act of slapping women in the face.

See also  My Hero Academia: How old is Toga? & 9 Other questions about her, answered

Many of these videos have been posted on the social network long enough to go viral, despite apparently violating TikTok’s community guidelines that prohibit content that “promotes, normalizes, or glorifies extreme violence or suffering”. Thus, the social network would have deleted a large part of them since they violated the policy against harassment and intimidation of the platform, which “prohibits content that belittles victims of violent tragedies” as reported to rolling stone. However, both the cat video and the nearly 15,000 who have used Heard’s audio are still posted.

Maureen Curtis, the vice president of criminal justice programs for the Safe Horizon victim assistance organization, has commented that all videos that make fun of the actress’s testimony should be immediately removed from the platform for promoting violence. This trend is “Totally demoralizing and demeaning for survivors, for everyone, for everyone who believes survivors should be treated with justice and compassion. Putting that on TikTok as a joke is an insult”he told the magazine.

The trial will resume next May 16again with Amber Heard on the stand.