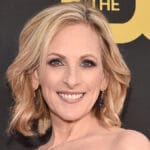 “Little Miss Sunshine” star Abigail Breslin and Aisha Dee of “The Bold Type” have signed on to guest star on the series from Fox and Sony Pictures Television.

Each episode of the new series “opens in a courtroom on the accused, with viewers knowing nothing about their crime or how they ended up on trial,” per Fox. It’s told from the defendant’s point of view through flashbacks.

Abigail plays Esme Brewer, “a waitress who left home when she was 15 to escape her toxic past. After a white nationalist plows his car into a peaceful demonstration and gets away, local police are unable to find the driver. Ella Brewer (Breslin) and her girlfriend Aaliya Harris (Dee), who goes catfishing to find the driver of a car, take justice into their own hands. 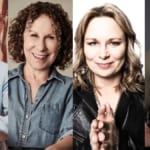 Breslin’s theatrical representation is CAA, management is Definition Entertainment, and her PR is R&C/PMK.

Dee is repped by Gersh, managed by Animal Federation and her PR team is Imprint.