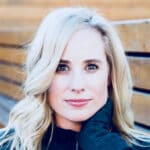 The company, which is behind shows such as “Survivor,” “The Kardashians,” “Black Mirror” and “MasterChef,” will merge in a special purpose acquisition company (SPAC) deal backed by billionaires Bernard Arnault and Vincent Bolloré, according to the Financial Times.

Per Reutersthe deal is reportedly worth upwards of $4 billion.

The deal establishes a new company FL Entertainment, with a value of about $7 billion, a figure that includes debt. It totals out to nearly $4 billion in equity value, according to executive Francois Riahi.

The new company will also include Betclic, an online gambling company.

According to reports, current investors in Banijay and Betclic, which include Vivendi, will reinvest in the new company.

admin
See also  The evil group is forced to leave one member behind and in the hands of the Empire.