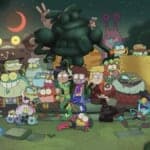 The world of “Descendants” is expanding.

Disney has greenlit “The Pocketwatch,” a new musical to take viewers back to Auradon and Isle of the Lost. The film will also bring the audience through the rabbit hole to the hostile unincorporated territory of Wonderland; a magical, mysterious place made famous in “Alice in Wonderland.”

Of course, it wouldn’t be a “Descendants” movie without the introduction of another iconic character’s progeny.

The story will feature Red, the whip-smart and rebellious teenage daughter of the Queen of Hearts, and Chloe, the perfectionist and athletic daughter of Cinderella and Prince Charming.

In addition to some of Disney’s classic songs, the film will include seven new songs. Jennifer Phang is set to direct and co-executive produce the film, which is scheduled to begin production this fall.

“’The Pocketwatch’ presents a delightful canvas with fantastical world building. Musicals sparked my imagination when I was a kid and are a huge part of what drew me to filmmaking,” Phang said in a statement. “I think that’s because they have a way of conveying these lovely, nuanced ideas through song and expressive movement. I’m also always inspired by the diversity of families that exist all around the world. So I really jumped at the chance to craft a supercharged musical experience and explore some new, invigorating themes inside an expansive Disney universe.”

The “Descendants” films have become remarkably popular. The premiere of each of the three installments ranks as the most-watched cable movie of that year among kids. “Descendants 3” took home 11.2 million live + seven day viewers.

See also  Knives Out 2 will be better than the first movie, says Dave Bautista

“The Pocketwatch” hails from Disney Branded Television. Dan Frey and Russell Sommer are writing the script. Gary Marsh is an executive producer. 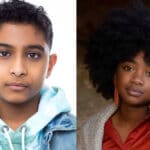 “With a captivating script and Jennifer Phang’s directorial vision, we’re setting a new high bar of creativity and imagination, with a movie that ups the ante on story, song and dance to entertain young viewers, their families, and the global fan base that grew up with the aspirational story of ‘Descendants,’ said Ayo Davis, president, Disney Branded Television. “We join them in anticipation as we prepare to deliver a great new entertainment experience to Disney+.”