Doctor Strange in the Multiverse of Madness What are raids? 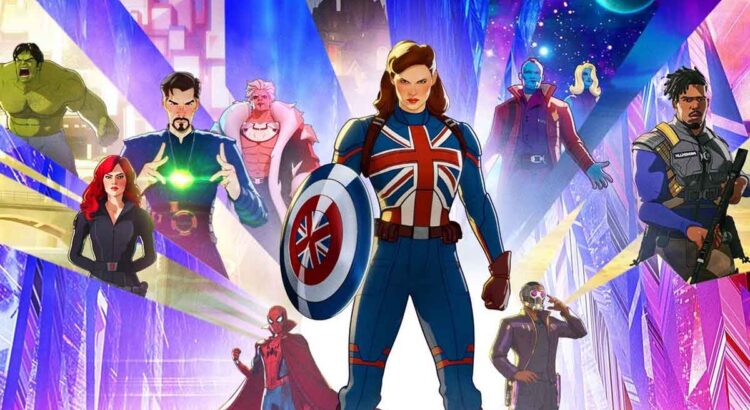 Doctor Strange in the Multiverse of Madness, has introduced the concept of raids, which could have a huge impact on the future of the MCU. But what are they?

The Marvel Cinematic Universe has a new threat threatening the multiverse after Doctor Strange in the Multiverse of Madness introduced the concept of raids. (Spoiler alert).

The first decade of the MCU focused squarely on a single universe. Later identified as the Sacred Timeline or Earth-616. But Marvel Studios has changed course for Phase 4. The events of Avengers: Endgame they laid the groundwork for a multiversal story after the Avengers altered the past and created a branching timeline.

Loki and What if…? they prepared us for the journey through the multiverse

The Loki series was a master class on the concept of the UCM multiverse, and the animated series What if…? (both available at Disney+) prepared us for what was to come in Doctor Strange in the Multiverse of Madness.

In the sequel to Doctor Strange, Marvel Studios takes the sorcerer supreme to the multiverse as part of a story in which the Scarlet Witch tries to gain the powers of América Chávez and these allow her to travel through the multiverse and thus be able to have a life with her friends. children (seen on Wandavision).

This allowed the Doctor Strange sequel to show glimpses of multiple universes, even though the film primarily takes place in only three of them. Exploring the multiverse allowed the MCU to better establish the concept and tease the future, as In the multiverse of madness includes the first mention of raids.

Raids are a crucial concept for the future of Marvel Studios movies. Doctor Strange in the Multiverse of Madness briefly explains what they are about, however the comics offer more information about it, about what they are and what they could mean for the future of the franchise, which could lead to an adaptation of the Secret Wars of 2015, and be what the saga of the Infinite meant in the previous phases of the UCM.

There are multiple mentions of raids on Doctor Strange in the Multiverse of Madness. Which begins with the Illuminati arresting Doctor Strange on Earth-838. The super team reveals that they are gathered to protect their universe from any threat, including multiversal incursions. A raid is defined in the MCU as an event where two universes collide with each other.

The Illuminati details that they have dealt with raids before. Since Doctor Strange of Earth-838 triggered this multiversal event after using the Darkhold to try and learn how to defeat Thanos. This Strange traveled the multiverse dream walking with a variant of himself in another universe, which resulted in the complete destruction of that universe, making him responsible for killing billions of living beings. For that reason, the Illuminati executed Doctor Strange from his universe after defeating Thanos.

So far it is not explained what triggers a raid in the UCM. Although the post-credits scene of Doctor Strange in the Multiverse of Madness establishes an incursion as an imminent threat. Doctor Strange is on the streets of New York with Clea (Charlize Theron), the Sorceress Supreme of the Dark Dimension, and learns that his recent travels through the multiverse have started another incursion and requests her help to prevent the two realities from colliding. collapse on top of each other and destroy one or both universes. So we will have to wait for a more than likely sequel to Doc Strange 2 to answer the question of what starts a raid and how it can be stopped.

Explanation of The Raids in Marvel Comics

The concept of raids is relatively new to the Marvel Comics universe. Writer Jonathan Hickman created raids as part of the Secret Wars reboot and helped reboot the comic strip’s complex multiverse.

The comics explain that the raids are a result of the multiverse timeline contracting. Just like in the MCU, the Marvel Universe includes infinite universes with infinite Earths and infinite outcomes. However, each universe has the same fate in the grand scheme of the multiverse: death and destruction. The complexity of the multiverse timeline means that all of these universes are connected in some way, even as they are created and destroyed. In the lead up to Jonathan Hickman’s Secret Wars, it is revealed that a universe was prematurely destroyed several years ago thanks to Fantastic Four villain Molecule Man.

See also  Zelda: Why Link becomes a bunny in the dark world

Once the first universe dies, there is a chain reaction through the multiverse causing different universes to die off exponentially. When two universes collide, the Earth is the point of collision in all cases. This provides an eight-hour window in the comics, known as the raid, where the different Earths are temporarily within sight of each other. There are many possible ways to stop a raid in the comics, such as destroying an Earth, which saves both the universes and an Earth from total destruction.

The Avengers once used the Infinity Gauntlet to push back the approaching Earth, though this resulted in the destruction of multiple Infinity Stones. If the raid is not stopped during the eight-hour window, both universes are destroyed, further contracting the multiverse’s timeline and setting more raids in motion. The introduction of raids on Doctor Strange in the Multiverse of Madness is another indicator that the MCU is planning a Secret Wars movie.

Initially conceived by Jim Shooter in the 1980s, Jonathan Hickman put a new spin on Secret Wars in 2015. Thanks to the multiple universes that Marvel comics occupy. The reboot was designed to simplify the multiverse, remove multiple universes, and merge the comics into a single continuity. It all led to a foray between the main Marvel comics universe (Earth-616) and the Ultimate Universe (Earth-1610) and the convergence of multiple universes in the battle world. The MCU’s multiverse has only just begun to be explored, but the mention of raids in Doctor Strange 2 reveals the studio’s unconfirmed plans for a movie set in the Secret Wars.

With multiple mentions of this concept in the Doctor Strange sequel, it’s pretty clear that Marvel Studios wants audiences to get acquainted with the idea of ​​raids. The potential Secret Wars movie could be the ultimate crossover for Marvel on the big screen. Instead of just being a crossover of MCU heroes. The idea of ​​different universes colliding could tie together Fox’s X-Men franchise or any previous Marvel movies. Either showing their universes or franchises being destroyed or having them team up with the MCU heroes in the world of battle.

See also  The 'Spider-Man: No Way Home' cameo that no one had noticed until now

When could a Secret Wars movie happen?

As Marvel Studios builds its multiversal narrative in Phase 4, it should only be a matter of time before a Secret Wars movie happens. The creative team behind Avengers: Infinity War Y end game, Screenwriters Christopher Markus and Stephen McFeely, as well as directors Anthony and Joe Russo, have already expressed interest in adapting this arc from the comics. As of yet, Marvel Studios has not confirmed plans for a Secret Wars movie. But there is an argument that this could be the next big MCU two-part event movie. The culmination of another decade of storytelling that also spans decades of Marvel movie history beyond what Marvel Studios accomplished. If that’s the case, Secret Wars might not happen until closer to 2030.

On the other hand, Marvel could scale back the event and have Secret Wars act like avengers 5 and the conclusion of Phase 4 or Phase 5, and the multiverse itself. This would allow the MCU to streamline its multiversal storyline and serve to introduce the X-Men, Inhumans, Fantastic Four, and other important concepts. Which could mean that audiences could see this story arc in 2025 or 2026, just a few years after Doctor Strange in the Multiverse of Madness.

What do you think?