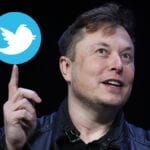 In a keynote interview with the Financial Times, the Tesla CEO said the ban “was morally wrong and flat out stupid.” Trump, however, previously said he would not rejoin Twitter even if reinstated and encourages people to join his platform Truth Social.

This comes as the billionaire last month proposed to buy Twitter in a $44 billion offer, taking the social giant private with the deal expected to close later this year.

Trump received an indefinite suspension from Twitter in January 2021 after the US Capitol riots. Twitter has said it decided on his ban from him following the attack by Trump supporters to prevent further “incitement of violence.” Trump had gained more than 80 million followers on the platform.

Musk is also expected to serve as interim CEO of Twitter once he takes over the company later this year and has suggested he would change the platform’s content moderation policies, as well as implement ways to target crypto scams and make commercial and government users pay a fee for the service.

admin
See also  90 Day Boyfriend: New and Old Couples for the Other Side, Season 3 Revealed