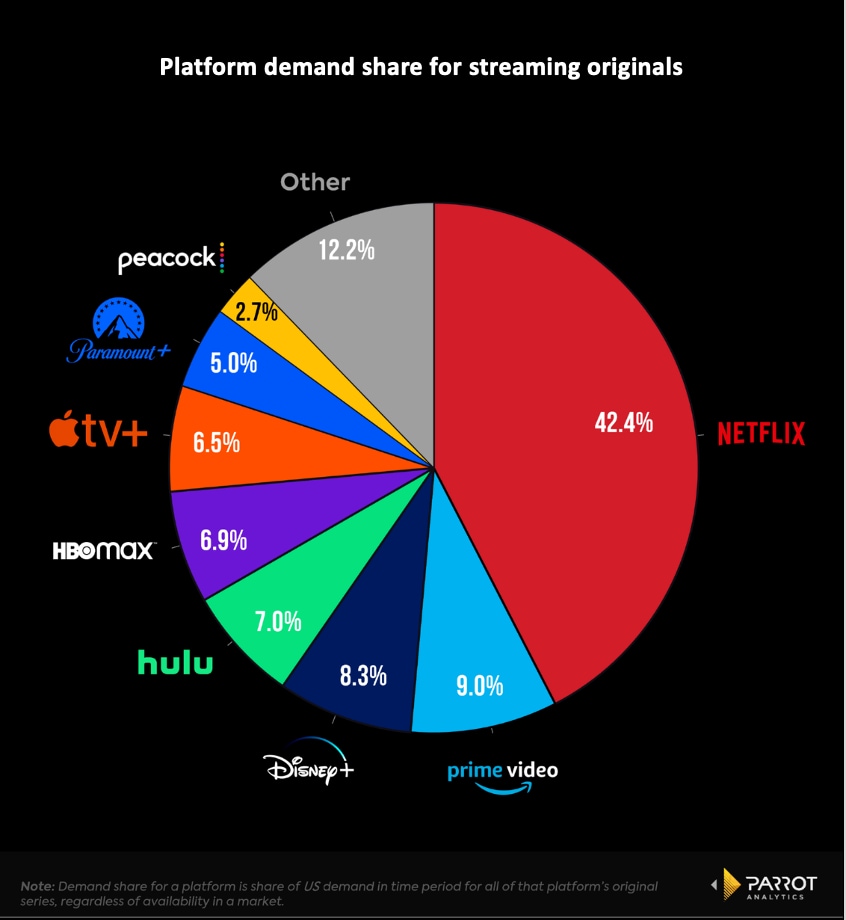 With the premium network’s catalog, Paramount’s service will leapfrog into the top five of streamers

When Paramount makes good on its promise to add Showtime’s programming to its streaming service, Paramount+, the company can expect to land among the top five streamers in the United States in terms of demand, according to Parrot Analytics’ data, which takes into account consumer research, streaming, downloads and social media, among other consumer engagement.

Paramount+ saw its subscribers jump by 6.8 million in the company’s first quarter this year, an impressive number for a service trying to find its place in a crowded market. Streaming as a whole is one of Paramount’s most important investments and longevity plays, according to CEO Bob Bakish. And one of the most impressive performances for the larger company, outside of Paramount+ but related to its future, came from Showtime.

Paramount+ originals make up just 5% of all demand for original series in the US Hit shows like “Halo” and “iCarly” help, but it’s still a far shot from Disney+, Amazon Prime Video and Netflix. Streaming services see customer acquisition through high-powered, exclusive talked-about hits and catering that consistent stream of in-demand content to audiences is what will convince them to pay a recurring monthly fee for access to the platform.

Here’s where Showtime comes in. The network’s breakout fall hit “Yellowjackets” was the 10th most in-demand series in the US across all platforms in January. That joined the highly anticipated return of Dexter Morgan in “Dexter: New Blood,” which finished the quarter with 19.6 times the average demand of all series in the US That places “Dexter: New Blood” in the outstanding category. And the sixth season of “Billions” averaged 34.8 times more demand than all other series in the US

With Showtime being added to the Paramount+ bundle this summer, the demand share for originals may jump by as much as a couple percentage points. If that happens, Paramount+ would leapfrog into the top five position among streamers. Maintaining the demand lead in the US will be crucial as retention struggles come into play — meaning that services could see greater churn (when customers subscribe for specific content, then cancel when that content’s run is over), like what’s happening with Netflix currently.

As competition increases, Showtime’s slate of exclusive premium original series may be the deciding factor for new subscribers — either looking to add to their growing streaming bundle or replace one they’ve recently canceled.

As giant libraries, originals and IP rights are swept up by just a few companies in the current wave of consolidation, having the largest share of in-demand titles (originals and otherwise) will define who succeeds and who doesn’t. As it stands right now, Paramount has plans to integrate Showtime content into its service for $12 (with ads) or $15 (without ads).

At $15, it’s on par with HBO Max — and that’s a good sign for Paramount. With the addition of a couple percentage points for Showtime, Paramount’s corporate demand could jump to around 15% of total share. That brings it much closer to the second-place spot held by Warner Bros. Discovery, cementing Paramount as a key player in the streaming wars.

In the same way that Discovery+ is bolstered by combining with HBO Max — which supplies a consistent stream of in-demand hits that gets customers to sign up — combined with other content playing a valuable role in keeping those customers engaged, happy and paying month after month, Showtime can theoretically do the same for Paramount+.

Current demand for Paramount+ content comes mostly from licensed (exclusive and nonexclusive) series. Its indexed total demand for originals sits at nine, which is stronger than Peacock and Discovery+, but lower than competitors like HBO Max, Apple TV+, Disney+ and Netflix. Showtime’s demand for originals is going to sit higher because of how the network is structured. Showtime doesn’t rely on a massive catalog, as Paramount+ does, creating stronger consistent demand for premium originals that drive customer acquisition. It’s a strategic tool that can help push Paramount over competition in the US and globally.

As Showtime series continue to generate demand and customers are looking for an affordable place to watch those series, Paramount+ becomes an incredibly appealing option instead of just being another streaming service trying to make some noise in a crowded space. 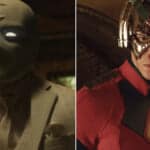