‘Jack Ryan’ will end with its fourth season, but they would already be planning a spin-off 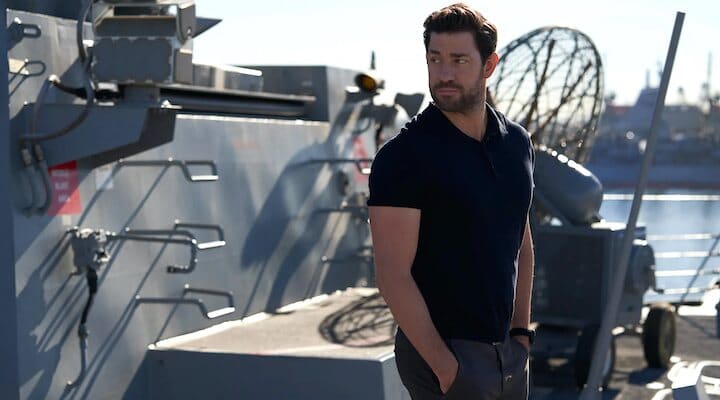 As revealed dead line exclusively, ‘Jack Ryan’ will end with its fourth season. The Prime Video series starring John Krasinski has not yet announced a premiere date for its third installment, but we already know that the plan is to close the story in four seasons.

The second season of the action thriller based on Tom Clancy’s character premiered in October 2019. Like so many other series, ‘Jack Ryan’ had to postpone filming due to the Covid-19 pandemic. At the moment, Amazon’s fiction is filming its fourth and final season. The third is expected this year, with the final installment possibly opening in 2023, according to Deadline.

Of course, although the end of ‘Jack Ryan’ is already on the horizon, Amazon would be planning to continue expanding the Tom Clancy universe with a spin-off starring Michael Peña. The likeable actor from ‘Ant-Man’ joins the series playing another popular character from Clancy’s novels, Domingo ‘Ding’ Chavez. Said character will first appear towards the end of the third season and will become a regular cast member in the fourth. His spin-off has not yet been officially announced and would still not have a script, but it would already be in the initial phase of development, surely pending, among other things, the reception of Ding Chavez by the audience.

As for Krasinski, it is known that he signed an agreement to do four seasons of the series, where he also works as a producer. In this way, the actor and director of ‘A quiet place’ would be freer to devote himself to other projects (wink, wink). What is clear is that Prime Video intends to continue the franchise without him, as indicated by the premiere last year of the film ‘No Regrets’, centered on another Clancy character, John Clark (Michael B. Jordan), from which awaits a still hypothetical sequel, and now Peña’s spin-off.

But before, the third season

As we said, the third season of ‘Jack Ryan’ should be falling. With the fourth in production, it would make sense for the series to return to Prime Video this year. When exactly we don’t know yet, but what we do know is the plot of the new season.

Following the events of the second batch of episodes, Jack Ryan finds himself on the run in a race against time. After being mistakenly implicated in a conspiracy, Ryan becomes a wanted fugitive for the CIA., but also hunted by the illegal faction he has discovered. Faced with this scenario, the agent is forced to cover Europe clandestinely while he tries to survive and avoid a new global conflict with serious consequences.

In addition to Krasinski, the third season sees the return of Wendell Pierce as James Greer and Michael Kelly as Mike November.