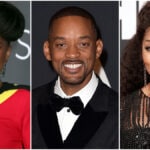 “Breathe” comes from a Black List script written by Doug Simon (“Demonic”) and sees Earth after it has been left uninhabitable due to a lack of oxygen.

Hudson and Wallis play a mother and daughter forced to live underground with only short trips to the surface thanks to a special oxygen suit made by her husband (Common), whom she presumes to be dead. But when a mysterious couple arrives claiming to know her husband and his fate, Hudson’s character tentatively agrees to let them into their bunker. But are they all they appear to be?

Capstone Global will introduce the title to buyers at the upcoming Marche du Film at Cannes. CAA Media Finance and UTA Independent Film Group helped arrange financing for the film and will co-rep the US rights, alongside Capstone.

Principal photography will begin this summer in Philadelphia.

“We are so excited about the incredible project that is ‘Breathe,’” Thunder Road president of Production Erica Lee said. “Stefon’s vision for the film for the film feels more relevant than ever and we are thrilled at how this cast fiercely talented actors at the top of their game, has come together. We look forward to collaborating on another project with our friends and partners at Capstone.” 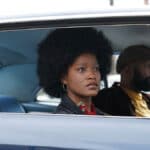 “We cannot wait to see this award-winning cast shine in Stefon’s pulse racing thriller, which is set to create a new creative benchmark in this highly commercial genre,” Ruzanna Kegeyan, head of Acquisitions at Capstone, said in a statement. “Our friends at Thunder Road continue to be the best of partners in the business, and we believe ‘Breathe’ will be our greatest collaboration yet.”

“Breathe” is the second film from Bristol, who made his debut on Netflix’s “See You Yesterday” as produced by Spike Lee and for which he won an Independent Spirit Award.

“Dreamgirls” star Hudson will next appear in “Tell It Like a Woman” alongside Taraji P. Henson. Jovovich is best known for the “Resident Evil” franchise and recently starred in “Monster Hunter,” and she’ll reunite with “Resident Evil” director Paul WS Anderson on “In the Lost Lands.” Wallis is best known for “Beasts of the Southern Wild,” for which she was the youngest actress ever nominated for an Oscar. She also starred in “Annie” and will be seen in “Swagger” for Apple TV+. Common most recently starred in the Sundance drama “Alice.” 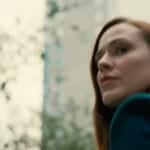