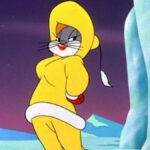 US Senator Josh Hawley of Missouri introduced a measure Tuesday that would limit copyright protection for many Disney characters, old and new.

Hawley’s Copyright Clause Restoration Act would reduce the time period of copyright to 56 years from the original 95 years of ownership from original publication or 120 years from creation established with the Mickey Mouse Protection Act in 1998.

“Thanks to special copyright protections from Congress, woke corporations like Disney have earned billions while increasingly pandering to woke activists,” Hawley said in a statement to media. “It’s time to take away Disney’s special privileges and open up a new era of creativity and innovation.”

Disney did not immediately respond to TheWrap’s request for comment.

Hawley’s new rule would restrict the copyright Disney to 28 years, only allowing for one additional 28-year extension. The legislation could also immediately strip Disney, and other companies, of some copyright protections if passed because it would also be applied retroactively.

The bill doesn’t just target characters, but universes, such as Star Wars, Marvel and 21st Century Fox. Some of the oldest and most popular and or classic possessions of Disney could be cut loose. 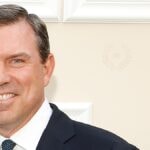 Disney’s CEO Bob Chapek met with the Florida governor to discuss the bill, which was signed into law in March. Walkouts organized to protest the law before it passed involved Disney employees in the LGBTQ+ community. Disney did not immediately respond to the bill, but later released a statement voicing their stance against it.

“Florida’s HB 1557, also known as the ‘Don’t Say Gay’ bill, should never have passed and should never have been signed into law,” a Walt Disney Company spokesperson said. “Our goal as a company is for this law to be appealed by the legislature or struck down in the courts, and we remain committed to supporting the national and state organizations working to achieve that. We are dedicated to standing up for the rights and safety of LGBTQ+ members of the Disney family, as well as the LGBTQ+ community in Florida and across the country.” 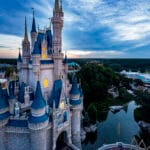