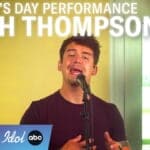 AleXa, a K-Pop singer from Tulsa, Oklahoma, claimed victory on Monday night after she managed to soar from fifth place to first place using the points she earned from public voting.

The NBC competition series was scored similarly to the Eurovision Song Contest, which sees contestants from across the world compete. Points from the 56 professional jurors were counted first. At the end of the jury’s vote, AleXa was in fifth place while Washington state’s Allen Stone was first.

However, the contest soon took a major turn when Oklahoma secured 656 points from the public, ending with 710 points. Despite its lead, Washington state couldn’t catch up, finishing with 359 points.

To secure her win, AleXa performed her original song “Wonderland” for the third time on stage Monday night. She also sang it during episode one and again in the semi-finals. You can watch her finale performance above.

So, what does she win? Well, according to Billboardthe singer will perform at the Billboard Music Awards on May 15, and iHeartRadio will play her winning song all summer.