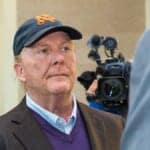 Former Food Network star Mario Batali was found not guilty of groping a woman at a Boston restaurant at his sexual misconduct trial Tuesday.

According to CNNJudge James Stanton described Batali’s actions “not befitting of a public person of his stature” back in 2017, noting the accuser’s “significant credibility issues” that supported the defendant’s “contention that her motive was financial gain.”

Natali Tene, the 32-year-old woman who testified yesterday, said Batali’s behavior took place during her attempt to take a selfie at the restaurant in 2017.

In her testimony, Tene described what happened, saying she “felt confused and powerless to do anything to stop the celebrity chef.”

Anthony Fuller, Batali’s lawyer, said the assault did not happen, and said the accuser has a financial incentive to lie about it. Fuller also detailed that the woman seeks more than $50,000 in damages in a separate suit against Batali that’s pending in Suffolk County Superior Court in Boston.

Fuller also produced evidence to counter the woman’s claim in the form of receipts from the Boston Eataly, which Batali once owned. With the receipts, dated after the 2017 incident, Fuller argued that she continued to support the business after what happened. Fuller also brought up the selfies in question, during cross-examination, questioning why none of them indicated any sign of alleged assault.

Batali pleaded not guilty to a charge of indecent assault and battery in 2019. For his trial — which was delayed by COVID — Batali waived his right to a jury trial and chose to have his fate decided by a judge. He faces a civil suit in addition to the 2017 incident.