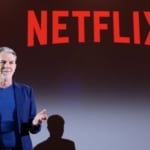 Mike Myers’ limited comedic series “The Pentaverate,” about an ancient secret society trying to save the world, didn’t register with Netflix viewers in its first week of streaming, and didn’t make Netflix’s Top 10 Most-Viewed English Language Series chart for the week of May 2-8.

It was the comedian’s first real project since his appearance as a record producer who gives Queen a thumbs down in 2018’s “Bohemian Rhapsody.” While Guardian found the series “sweet, silly [and] charmingly harmless,” many echoed TheDailyBeast, who labeled it “embarrassingly bad.” The series stars Ken Jeong, Keegan-Michael Key, Debi Mazer and Jennifer Saunders.

The seventh and final season of “Grace and Frankie took the No. 2 spot with 23.2 million minutes, down from after last week’s 15.5 million. “Bridgerton” Season 2 (21.2 million) was third, “Selling Sunset” Season 5 (17.4 million was fourth, “Anatomy of a Scandal” (15.3 million) was fifth and “Heartstopper” landed in sixth.

“Ozark” was also most popular among US viewers, with “Grace and Frankie” close behind. “Meltdown: Three Mile Island” debuted at No. 4 slot and Season 4 of “The Circle” debuted at No. 9 in the US 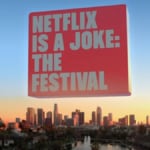 The Top 10 chart most-watched English language in the US