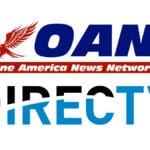 One America News Network has aired a 30-second segment admitting there was not widespread voter fraud committed in the 2020 election by Georgia workers, following a settlement the network reached with two election staffers from the state.

“The results of this investigation indicate that Ruby Freeman and Wandrea ‘Shaye’ Moss did not engage in ballot fraud or criminal misconduct while working at State Farm Arena on election night,” the video’s voiceover said in a Monday segment. “A legal matter with this network and the two election workers has been resolved to the mutual satisfaction of the parties through a fair and reasonable settlement.”

Freeman and Moss, the two Georgia workers, sued the network for defamation in 2021 over false claims made on OAN that suggested their involvement in fraud. Specifically the mother and daughter were accused of producing suitcases of illegal ballots to sway the election results.

The workers reached a settlement with OAN in April. According to APFreeman and Moss met with the OAN parties on Tuesday for a “successful one-day mediation” and “agreed upon and signed a binding set of settlement terms that they anticipate memorializing in a formal settlement agreement.”

The workers’ OAN defamation lawsuit extended to former Trump lawyer Rudy Giuliani over similar claims. He is not included in the forthcoming settlement.

Moss and Freeman also separately sued The Gateway Pundit, its owner Jim Hoft and his brother Joe Hoft, a contributor to the website, with action pending in federal court in Missouri.