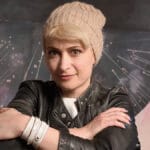 Producers on “Rust” are appealing a penalty from New Mexico’s Occupational Health and Safety Department, which found in a report that the producers used “plain indifference” to firearm safety on set.

The producers, in a notice of contest filed Tuesday, pushed back on the report’s claims that “Rust” “willfully” violated safety protocols, including contesting that misfires of firearms were not properly addressed and that the set did not properly use a fire extinguisher.

“The three alleged ‘misfires’ were properly addressed. The first was not a misfire at all and did not involve a firearm – it was a harmless noise from a special effects ‘popper.’ The other two involved discharges of blank rounds,” the contest notice obtained by TheWrap reads. “Contrary to NMED’s statements, none of the ‘misfires’ violated firearm safety protocols on the set and appropriate corrective actions were taken, including safety briefings of cast and crew.”

Back in April, the state’s local Occupational Safety and Health Administration (OSHA) slapped “Rust” with the maximum penalty of just under $140,000 as part of an investigation that was required to be completed within six months of the incident in which cinematographer Halyna Hutchins was fatally shot when a gun held by the film’s star Alec Baldwind discharged.

“The attempt to extend the application of a fire extinguisher regulation to a special effects device shows their misunderstanding of the film industry,” the producers wrote.

The notice also claims that all actors meant to handle firearms received training, assistant directors were required to conduct safety meetings on all days in which firearms were used, including on the morning of the incident that killed Hutchins, and pushed back on the notion that the film’s armorer Hannah Gutierrez-Reed was “overburdened” by having an additional role related to props on the set. 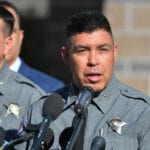 “[Ms. Gutierrez-Reed] didn’t do her job properly. And she had plenty of time to do so because we had extra time that morning while the camera was f**king off. So she can say what she wants about training time and all that bullshit but it’s not why she killed Halyna, ”the notice quotes Davies as saying.

Full details about OSHB’s initial report can be found here. A criminal investigation in the “Rust” case remains ongoing.