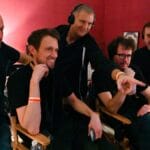 The follow-up to this year’s “Scream” has revealed its initial cast, confirming that the young stars from the “lega-sequel,” including Melissa Barrera (“Sam”) Jasmin Savoy Brown (“Mindy”) Mason Gooding (“Chad ”) and Jenna Ortega (“Tara”), will all return in the sixth installment of the horror franchise.

As previously announced, the directing team known as Radio Silence, Matt Bettinelli-Olpin and Tyler Gillett, will also return, as will co-screenwriters James Vanderbilt and Guy Busick as they tackle the next chapter for the terrifying Ghostface killer.

Spyglass Media and Paramount Pictures’ will release the currently untitled “Scream 6” in theaters on March 31, 2023.

Principal photography is slated to start in the early summer.

In the fifth film, which released this January and earned $140 million at the worldwide box office, Barrera and Ortega played sisters who naturally had a tie to the murders as told in the original “Scream” from 1996 as directed by Wes Craven, and Savoy Brown, with her sibling played by Gooding, were standouts of the new film for playing the film literate, fourth wall-breaking character who introduces the terms “re-quel” and “lega-sequel” to explain how rebooted franchises always cast fresh faced young actors alongside the stars of the original from decades earlier.

See also  Below Cover: What has James Hough been up to since Season 8 ended?

“Scream” (2022) is currently available on Digital, Blu-ray and is streaming on Paramount+. 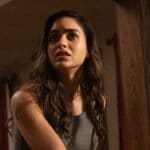