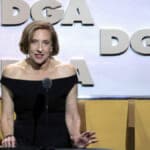 Schmidt claimed in a Substack post published on Sunday night that in 2008, McCain lied, and that he lied on John McCain’s behalf when he denied a New York Times report that John McCain had an affair with a lobbyist. Further, Schmidt says McCain had initially lied to him about the affair before admitting it.

Schmidt noted this New York Times article, published in February 2008 and written by Jim Rutenberg, Marilyn W. Thompson, David D. Kirkpatrick and Stephen Labaton, which essentially stated that McCain had carried on an affair with a DC lobbyist so blatantly that it alarmed his own staff, who did everything they could to keep the two apart. Concerns were not only about a potential sex scandal, but about what such behavior said about McCain’s tolerance for blatant corruption — the concern was of course that he was sleeping, literally, with someone whose job is to influence members of congress.

Schmidt, who also formally apologized to the journalists, said that at the time, when he was 36, “I did not understand the difference between integrity and loyalty.”

“Senator McCain denied his long relationship with the lobbyist – to whom he was credibly accused of providing special favors – dozens of times to my face,” Schmidt said also. “After the New York Times story – which accurately detailed that relationship – was attacked and successfully discredited by the campaign under my direction, John McCain told me the truth backstage at an event in Ohio. Understandably, he was very concerned about this potentially campaign-ending issue. He kept saying, ‘The campaign is over.’ I reassured him that it was behind us.”

Schmidt says he was then forced to fend off lobbyist in question, who the New York Times identified as Vicki Iseman in 2008. Schmidt said she called frequently and “screamed at me incoherently for hours every night. I became the shock absorber for her rage, anger and humiliation of her. ” 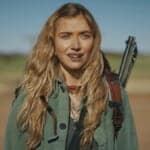 Schmidt said that at one point, the lobbyist said she wished his kids would die “so that I could share the depths of pain she felt” when McCain denied their relationship.

Schmidt specifically tied that relationship back to McCain generally, who he says “turned a blind eye” to enormous corruption among people involved in his campaign.

Elsewhere in the post, Schmidt reiterates a lot of what he’d previously said about Meghan McCain and John McCain. You can read more about that here.