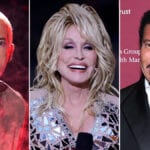 In 1967, I was a very young reporter for a newspaper called The Plain Dealer in Cleveland, Ohio… and crazy in love with the music of Otis Redding. When I read that he was coming to a Black nightclub called Leo’s Casino on Cleveland’s East Side, I somehow convinced my white editors — Sinatra and Dean Martin and Tony Bennett fans — to let me interview him. I had never seen Otis in person before.

The club, Cleveland’s hottest Black nightclub, was filled. Otis bounded onstage — a big man who, after the first few bars of his first song, had the predominantly Black audience in his big Black palm. Many women were moved to tears. He knocked me out. He was magnetic, romantic, sexy and explosive. At the end of the show, he got a standing ovation that wouldn’t stop.

I went backstage. I looked like a preppy. Striped tie, blue suit, brightly shined shoes, short hair, very pale and freckled face. When I got there, he was sweating profusely. He was wearing a sweat-soaked black t-shirt with the same black pants he had worn on stage. He was slugging on a bottle of Budweiser. He was alone. I introduced myself and told him I was a big fan and complimented him on his performance.

I said, “Sure, thank you,” and he popped a bottle open, handed it to me and, still smiling, said: “You got bad taste in music, huh?”

We laughed together. I said, “I guess so, huh?”

He laughed at that and said simply, “Cool.”

I asked the usual music-related questions about his career and then started asking more personal ones. He told me about his wife, Zelma, the great love of his life, and about Phil Walden, his friend and manager, a white man and the head of Capricorn Records. He was open and relaxed. And then, to my surprise, he started asking me questions.

He seemed more interested in talking about me than talking about himself. He was soft-spoken and I realized that he exuded not only charisma, which he had in overabundance, but also a gentle kind of humility.

So I told him about my life. About growing up in refugee camps where I spent my first six years in Austria. About growing up on Cleveland’s tough West Side, getting into juvenile trouble. I talked about the prejudice I faced growing up because I could barely speak the English language and I always wore the same clothes that my parents had bought either at the Salvation Army or The Volunteers of America. 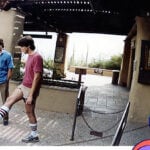 He asked me if there were any Black people in the neighborhood where I grew up.

I told him about a Black bus driver named Laci, who spoke perfect Hungarian because he had been raised by Hungarian immigrants. I told him how as a refugee I felt myself very much to be an underdog in America and had an immediate identification with Black people, Jewish people, Puerto Rican people — all people who grew up around me on Cleveland’s West Side. And I told him about my fascination with Black culture. How I read James Baldwin and Richard Wright and Chester Himes as a kid. I had even read the autobiography of Malcolm X.

I have laughed. He said, glancing away from me, “That’s a great f—ing book, isn’t it?”

We looked at each other a moment and he said brightly, “Hey, you want another beer?”

As we talked through the soda pops, I told him about an afternoon I was so lucky to spend with the Rev. Martin Luther King Jr. I told him how I had taken Jimi Hendrix to Cleveland’s best Hungarian restaurant after smoking dope with him all morning and how Jimi had the munchies so badly that he had three orders of chicken paprikash. I told him that Fats Domino let me examine his diamond rings and Chuck Berry let me hold $10,000 in cash in a brown bag backstage until he finished his concert at the Cleveland Arena. And then I told him about Delia, the young militantly Black woman who was the great love of my life in college and how, when we presented each other to our parents, both sets of parents looked stricken. And I told them how their mutually racist opposition to our nearly two-year relationship finally broke us up. 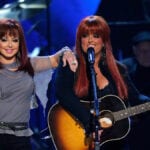 We talked until almost 3 in the morning and at the end of the many beers and the soda pops and the conversations and the laughs, we were friends. He gave me his home phone number from him and I gave him mine. And I told him that the next time he was in town I was going to take him to the same Hungarian restaurant where I had taken Jimi Hendrix and introduce him to the wonders of chicken paprikash. I had more fun with Otis than with any other person that I had interviewed.

We hugged before I left, and he said, with that devilish grin he had: “You know what you are, man?” He laughed now, without finishing the sentence. And then he finally said, “You’re a white f—ing n—er, that’s what you are.”

I had to work the next day in the office at the Plain Dealer. Sitting in the city room, I heard the teletype machine ring and ring and ring. It only rang that much if there was some really big, breaking news. I saw two city editors walk over to the teletype and look at it. And then, strangely, I saw them both glance at me and then walk away. And then I watched as they mumbled something to each other, and one of them shook his head.

I got up and walked over to them and said, “What’s going on?” They looked at me for a moment, saying nothing. And then one of them, without looking at me said, “Otis Redding died in a plane crash.”

I couldn’t speak. I was hit with a quick flash of nausea. I stepped to the teletype and read the AP story. My new friend was dead, at age 26. I was the last one to have interviewed him.

I walked straight from the teletype machine, feeling my eyes well with tears, and walked to the nearest bar — a place ironically called The Headliner across the street from The Plain Dealer. I got very drunk.

I continued listening to Otis’ music.

Nearly 30 years later, for reasons I don’t really understand, I decided to write a movie about my friend Otis. My producer partner and I at the time interviewed people who had known him and had known his career. Among many others, we interviewed Zelma, his wife, and Phil Walden, his manager, now a towering legend in the music business.

After all the interviews, I wrote a script called “Blaze of Glory.” I wrote it as a spec script — meaning that I didn’t take any money from anyone up front. I sent the script to both Zelma and Phil. They were both moved by what I had written. Zelma told a reporter at the Tampa Bay Times: “Otis has always stayed in Joe’s mind. I’ve been praying on this every day since I met Joe. I am so happy this is going to happen.”

Zelma visited my wife and me at our home in Malibu and told us that she put the script under her pillow each night and was praying that it would get done. She gave me a photograph of Otis as a teenager. I put it above my writing desk so I could look at it often as I worked.

I sold the script to Universal for $1.5 million. Cuba Gooding agreed to play Otis. John Avnet (“Risky Business,” “Fried Green Tomatoes”) agreed to produce and direct it. Everything was set. At the last moment, Universal decided not to make the film, saying that Otis was “too unknown” a figure for a big-budget film. My wife and I and Zelma and Phil were heartsick. My script went up on the shelf.

Sometime later, Paramount picked it up from Universal. At the last moment, Paramount changed its mind. We didn’t know why until an executive at Paramount told me: “It’s a Black movie with a Black audience. Black movies don’t make any money. The budget is too big, and we’ll never make our money back. And no one cares anymore about Otis Redding.”

They were wrong. They were also possibly racist. In 2011, Kanye West dropped a megahit with his song “Otis” that was nothing but a continuous loop of Otis’ voice. Newspapers were writing that Otis was a god in the rap and hip-hop community.

My photo of Otis that Zelma gave to me still hangs above my writing desk. I think of him every day and how we — all of us — have to “Try a Little Tenderness.” 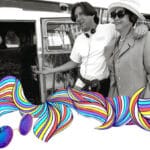