The spin-off of ‘The Boys’ already has new protagonists 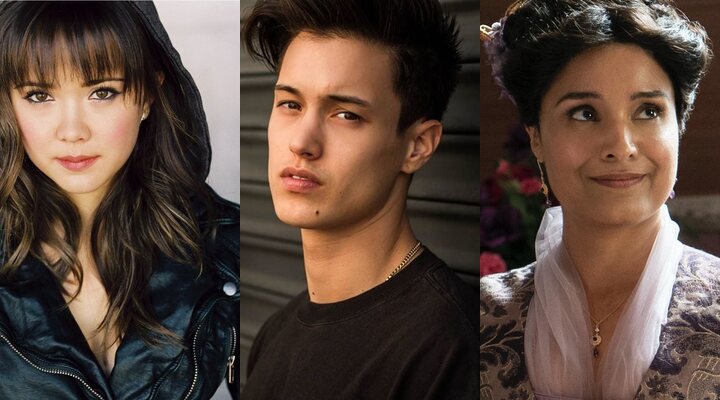 After losing part of the cast last March due to how long the production process was taking, the university spin-off of ‘The Boys’ has found at least one replacement and has announced three new additions, although there is no already clear in those cases who plays who. The gap left by Reina Hardesty when she left the series is going to be covered by the actress London Thor, whom we have seen in ‘Shameless (US)’, and in addition, they have joined the cast Derek Luh (‘Shining Vale’), the rookie Asa Germann and Shelley Conn, who we have recently seen playing Lady Mary Sharma, mother of Kate and Edwina in ‘The Bridgertons’. The roles of these three interpreters have not been revealed, so we do not know if they are direct replacements for Shane Paul McGhie and Aimee Carrero, who also had to terminate their contracts due to the number of opportunities they were missing while they waited.

This spin-off focuses on Vought’s college for superpowered teens, with “a new generation of antiheroes testing their physical, sexual, and moral limits, as they compete for the best contracts in the best cities.” The Serie, which will be rated R and the obscenity level of its parent series, It’s been over a year and a half in development and its team also includes Chance Perdomo, Maddie Phillips, Lizzie Broadway and Jax Sinclair in the cast; and Michele Fazekas and Tara Butters as showrunners. What we do not know is the release date or official title.

The one that has already been seen is the animated and anthological spin-off ‘The Boys Presents: Diabolical’, which arrived on Amazon Prime Video on March 4 with 8 episodes of variable durations between 12 and 14 minutes. The chapters have different genres and animation styles, although they are not outside the canon for that, Eric Kripke, showrunner of ‘The Boys’, has already made sure of it, which by the way will premiere the third season on the streaming platform on June 3.