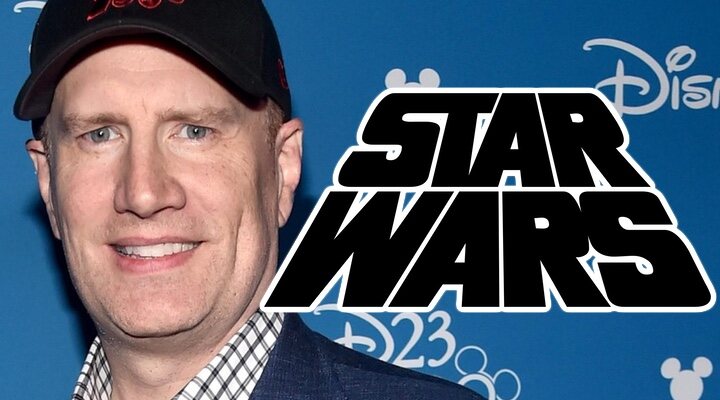 The fans of ‘Loki’ were so worried that in the end Michael Waldron has had to reveal the reason why he is not the chief writer of the second season: he’s super busy working in a galaxy far, far away. Waldron, also a screenwriter for ‘Doctor Strange in the Multiverse of Madness’, a film that is in full promotion; in the end he has given up, deciding to explain why he can’t focus on what’s next for the character played by Tom Hiddleston.

So Waldron has finished updating the status of one of the most anticipated projects of ‘Star Wars’, the film co-produced by Kevin Feige and Kathleen Kennedy. Eric Martin will lead the plot for the second season of ‘Loki’ so that Waldron can focus on developing the plot of Feige’s galactic film, a film that would already be in development. Since the announcement of the signing of Waldron to the script, no details of the project had been revealed, which we now know is underway from the filmmaker’s brief statement. “I’m obviously kind of busy writing a certain little ‘Star Wars’ movie.“says in statements to Deadlines.

“With the closure of the Skywalker Saga, Kathy [Kennedy] seeks to launch a new era of ‘Star Wars’ narratively speaking, and knowing what a fan Kevin is, it made sense for these two extraordinary producers to work together in a Star Wars movie”commented Alan Horn, co-president of Walt Disney Studios. Beyond these three names, Feige, Kennedy and Waldron, no details of the plot have emerged, nor for when Lucasfilm would have planned its launch; Hence, Waldron’s concise note helps fans to situate themselves a little further.

‘Obi-Wan Kenobi’, a miniseries headed by Ewan McGregor, is the next thing we’re going to see from ‘Star Wars’; but after this new television incursion of the saga created by George Lucas, we will see an avalanche of galactic projects.

on Disney+ The next thing will be the third season of ‘The Mandalorian’ and the premiere of ‘Andor’, both scheduled for this 2022 but without a specific date. In the case of the series starring Pedro Pascal, rumors point to a summer premiere of season 3, which would place the release of ‘Andor’ in October. is also on the way ‘Ahsoka’, which has just confirmed the start of its production with Rosario Dawson and Dave Filoni; and in the more distant future ‘Lando’ and ‘The Acolyte’.

On the other hand, we already have three release dates set for the big screen. The first of them, on December 22, 2023, it would correspond to the film prepared by the director of ‘Wonder Woman’, Patty Jenkins, but the case of the other two is: a mystery. On December 19, 2025, and December 17, 2027 we will see two more ‘Star Wars’ movies and, with the new information provided by Waldron, could we assume that Feige’s project would be cooking for 2025, and Taika Waititi’s for 2027?