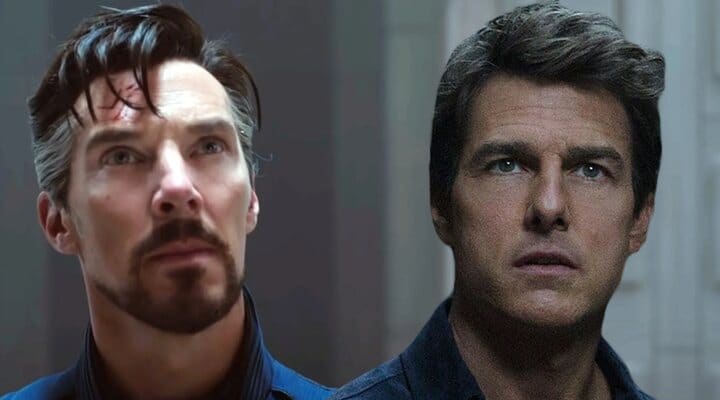 *This article reveals details of the plot of ‘Doctor Strange in the Multiverse of Madness’.

With ‘Doctor Strange in the multiverse of madness’ already sweeping the cinemas of our country, and many more territories, the secrets of Sam Raimi’s film are already rampant. Stephen Strange’s (Benedict Cumberbatch) and America Chavez’s (Xochitl Gomez) walk through the multiverse was full of surprises and the occasional scare. And cameos, of course. Some were fulfilled, and others were not.

Perhaps the biggest disappointment for fans, although it was the remotest possibility of all the rumors about the members of the Illuminati, was that Tom Cruise did not make his appearance as Iron Man, as had been suggested. The possibility has long sounded that Marvel Studios would have wanted to pay tribute to the actor who almost became Tony Stark when the UCM was just an idea. In the scenes where Strange is brought before this council of wise men, we finally only see Chiwetel Ejiofor as Mordo, Hayley Atwell as Captain Carter, Lashana Lynch as Captain Marvel, Anson Mount as Black Bolt, Patrick Stewart as Charles Xavier and John Krasinski as Reed Richards.

Michael Waldron, screenwriter of the film, has explained in an interview with rolling stone that he did raise Kevin Feige the possibility of including Tom Cruise, but that the idea came from the rumors he read on the Internet: “It was totally made up. I mean, there’s no Tom Cruise footage. But I love Tom Cruise, I asked Kevin if we could get Tom Cruise as Iron Man. I remember reading in Ain’t It Cool News at the time, that Tom Cruise was going to be Iron Man. But it was never a scheduling option.“. While ‘Into the Multiverse of Madness’ was being filmed, Cruise was very busy with the next two ‘Mission: Impossible’ installments, so it would have been quite difficult to square up.

However, Waldron is delighted with the group they did manage to put together: “That group’s ultimate roster was beyond my wildest dreams. I never dreamed we could pull off something like this. The chosen ones are close, I think, to who was put in my first draft, which was a bit ‘ok, I know this can’t be’. And it ended up being very similar. It was a goal that oscillated between who was available and who was suitable. Kind of ‘okay, if we’re going to get the Illuminati together, who would need to be there?’ You have people with concrete powers. We try to be real with the kind of characters that the Illuminati represent in the comics.”.

As we saw in the movie, this elite group of superheroes and superheroines had the misfortune to cross paths with Wanda Maximoff (Elizabeth Olsen). But what we didn’t know when we saw the scene where they fight the Scarlet Witch is that Olsen didn’t shoot the scene with them: “I never met them. The magic of cinema!“ admits the actress in an interview with CinemaBlend.