After the harassment in networks, Alexandra Daddario comes out in defense of the new Annabeth 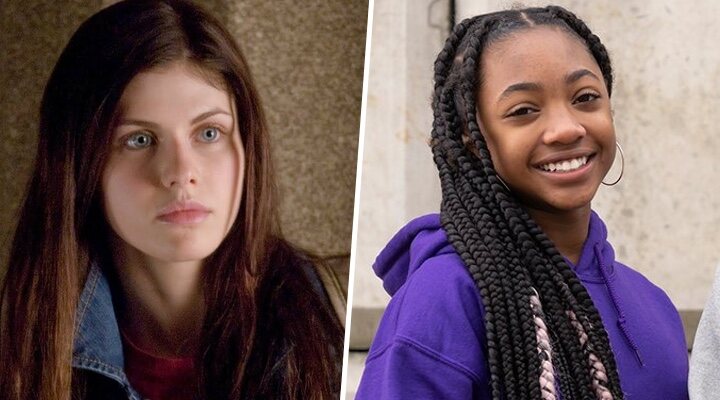 Alexandra Daddario herself has had to come to the defense of Leah Jeffries because from the moment of his signing he has not stopped receiving harassment on social networks. Daddario played Annabeth in the film adaptations of Percy Jackson, this character will now be played by a black actress. The mess is already done.

Leah Jeffries is going to be an incredible Annabeth!!!

Recently Disney + announced that together with Walker Scobell (‘The Adam Project’) we would see Jeffries and Aryan Simhadri completing the leading trio of the new series, ‘Percy Jackson and the Olympians’, which we will see on the aforementioned streaming platform. Behind this the most commented has been the color of the skin of the aforementioned actress chosen to embody the Greek demigoddess daughter of Athena. So much so that Daddario has launched to support the recent addition by posting a simple tweet: “Leah Jeffries is going to be amazing as Annabeth!!!”.

Daddario has thus opted for positive reinforcement, but the one that has extended his thing when it comes to making things clear has been the author of the novels Rick Riordan. “You are judging his suitability for this role solely and exclusively by his appearance.because she is a black girl playing someone who is described in the books as white. Friends, that’s racism“.

“Percy Jackson’s core message has always been that there is strength in difference. There is power in plurality. The things that set us apart from one another are often our marks of individual greatness. You should never judge someone by how well they fit your preconceived notions.. That neurodivergent child who has failed in six schools, for example, may well be the son of Poseidon. Anyone can be a hero. If you don’t get that, if you’re still upset about the casting of this wonderful trio, then it doesn’t matter how many times you’ve read the books. you learned nothing from them“.

See also  West Side Story: Every Main Actor (And Their Most Famous Role)

Riordan is fully involved in the development of the ‘Percy Jackson’ series for Disney + in all its stages, from the production/casting to the script, as he signs the script for the pilot alongside Jon Steinberg; hence his reaction to Jeffries’ rejection was so visceral. But the author also wanted to explain the personal motivation behind his need to build a world that is as inclusive as possible.

“This is an adaptation that I’m proud of, and one that fully honors the spirit of ‘Percy Jackson.’ Let’s take the story I told my son twenty years ago to make him feel better about being neurodivergent, and improve it so that children around the world can continue to see themselves as heroes“.

The filming of ‘Percy Jackson’ would start next summer in Vancouverso the series does not yet have a release date.