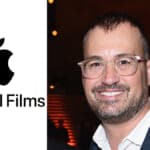 Apple on Wednesday was dethroned as the world’s most valuable company by Saudi Arabian oil giant Saudi Aramco.

Aramco’s market cap traded close to its record and snuck just under $2.43 trillion on Wednesday, surpassing Apple for the first time since 2020. Apple’s market valuation sat at $2.37 trillion, after falling some 5.2% closing at $146.50 a share on Wednesday. The tech giant previously saw a 52-week high share price of $182.94, according to Yahoo! Finance.

Soaring oil prices have contributed to increased profits at Aramco, while also worsening rising inflation that is causing the Federal Reserve to raise interest rates fast. Meanwhile, the tech market has been seeing a downturn due to inflation and other challenges that include windfall resulting from the ongoing war in Ukraine.

Together, these behemoths run everything from advertising and hardware to cloud services and logistics. By market cap, or value of the company on the stock market, Apple and Microsoft have each well-surpassed $2 trillion, whereas Google parent Alphabet follows closely at $1.8 trillion. Amazon isn’t far behind at nearly $1.6 trillion, while Facebook parent Meta is worth $557 billion after reaching a $1 trillion market cap for the first time last year.

See also  Lost: Top 10 Flaws of the Show (Which Fans Tend to Ignore)