Dungeons & Dragons Documentary in the Works From XTR 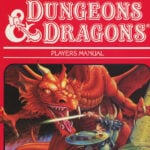 A “Dungeons and Dragons” documentary is on the way from global documentary studio XTR. Titled “Role Players,” the film is described as the “definitive” documentary on the seminal fantasy game and is currently in production.

Using never-before-seen archival footage and interviews with high-profile celebrity D&D fanatics, “Role Players” will tell the all encompassing story of Dungeons & Dragons. From the game’s origin story to the cult-like devotion of its players, the documentary will explore the power living in a fantasy world can have on real-life human connection.

The feature film is helmed by the team behind XTR’s trading card documentary “The Hobby,” director Morgan Jon Fox (“The One You Never Forget,” “This is What Love in Action Looks Like”) and producer Ted Speaker (“Sword of Trust,” “Alabama Snake”). Bryn Mooser, Kathryn Everett, Justin Lacob and Abazar Khayami will executive produce for XTR.

“As a director, I am excited to tell the story of D&D, which at its heart is about the true power of learning to work as teams, consuming and creating inclusive narratives,” said Morgan Jon Fox in a statement. “There’s nothing more exciting than a legendary game that rose to fame with a little help from the era of Satanic Panic.”

“Through its wildly different levels, times, adventures and possibilities, D&D created its own universe and community, capturing the imagination of gamers, misfits, geniuses, and rebels, and had a lasting impact on culture and our lives outside the game,” he said Justin Lacob, XTR Head of Development.

The documentary comes as Paramount and eOne are currently in post-production on the upcoming blockbuster “Dungeons & Dragons: Honor Among Thieves” which stars Chris Pine and is directed by “Game Night” duo John Francis Daley and Jonathan Goldstein. That film is due for release in 2023.

“D&D” is truly having a moment, as the game also plays a key role in the upcoming fourth season of the Netflix series “Stranger Things.” 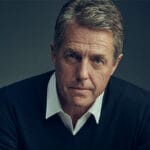