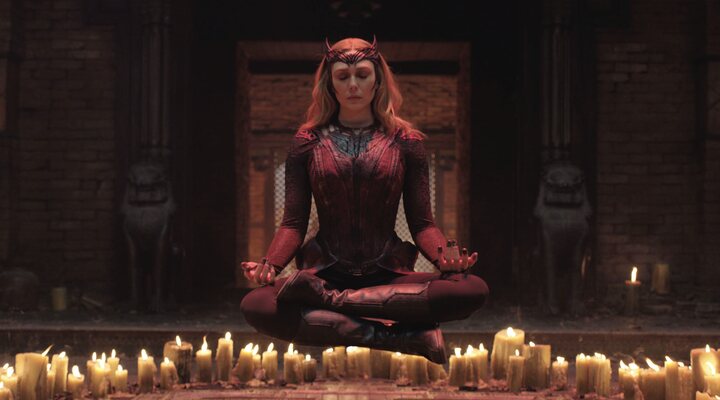 *This article reveals details of the plot of ‘Doctor Strange in the Multiverse of Madness’.

‘Doctor Strange in the multiverse of madness’ monopolizes the box office of half the world and the cinephile conversation. Without a doubt, there is a lot of material to cut in Sam Raimi’s film, but the one who is being the protagonist of most of the marvelite debates is Wanda Maximoff. Elizabeth Olsen’s character is as important to the plot as Stephen Strange himself, and its evolution after ‘Scarlet Witch and Vision’ is giving a lot to talk about. If you haven’t seen the movie yet, stop reading because we’re entering the multiverse of spoilers.

As we see in the film, Wanda, influenced by the dark power of the Darkhold, decides to pursue America Chavez (Xochitl Gomez) to steal her power to travel through the multiverse and thus reunite with her children, who are real in another universe. If she has to kill a lot of people along the way, and America herself… that’s a price she’s willing to pay. An interview with Elizabeth Olsen and Aaron Taylor-Johnson on the press tour of ‘Avengers: Age of Ultron’ (2015) in which Olsen fantasized about that twist has recently gone viral towards the sheer evil of his character.

Elizabeth Olsen successfully predicted the future of the #ScarletWitch in the MCU almost 7 years ago! pic.twitter.com/hCNCRXZCym

“My favorite arc is ‘Dynasty of M’, but that’s never going to happen. If she had two fake babies and everyone told her they don’t exist and she went crazy it would be amazing but I don’t think they will. Perhaps it would be too dark for the Marvel Universe. But when she loses her mind it’s my favorite part of comics“ Elizabeth Olsen admitted seven years ago, convinced that the UCM would never turn to such disturbing plots, and here we are. Not only did we see how ‘WandaVision’ adapted part of ‘Dynasty of M’ and gave him those imaginary children, but he also took advantage of that new descent into Scarlet Witch madness to allow Sam Raimi to introduce horror into the franchise. It will turn out that “never say never” is indeed a mantra that can be associated with Marvel.

We have no idea what will happen to Wanda now after the tragic end of the film, in which she sacrifices herself to destroy the Darkhold in all realities. The last we see of her is a flash of red. The actress has been very cautious when it comes to talking about her future in the MCU, throwing the ball at Kevin Feige, president of Marvel Studios. However, in an interview with ET! He claimed to have a very cool idea for the return of the Scarlet Witch, and that it could tie in with the arrival of mutants in the franchise: “I have an idea in my head that I’m not going to share with you, but I think it would be fun. Someone mentioned that if they have to introduce the X-Men, she had a huge role in those comics. I would love to be involved in some way in that. I would love to return to this character. I think there are things… I have an idea of ​​something that would be fun as the next step for her. But again, I want to talk to Kevin about all of this.. Let me call you”. In another recent interview, he assured that he would very much like to say Wanda’s mythical phrase “No more mutants”, with which he made all the mutants disappear in the comics, and about ‘Dynasty of M’ he also wanted to ask Ian McKellen to be the one to interpret to Magneto in the movies if they introduced his mutant father in the franchise. McKellen himself has shared in Facebook the interview adding: “If I had a daughter, I wish she was like Elizabeth. It would be a luxury to be her daddy!”.