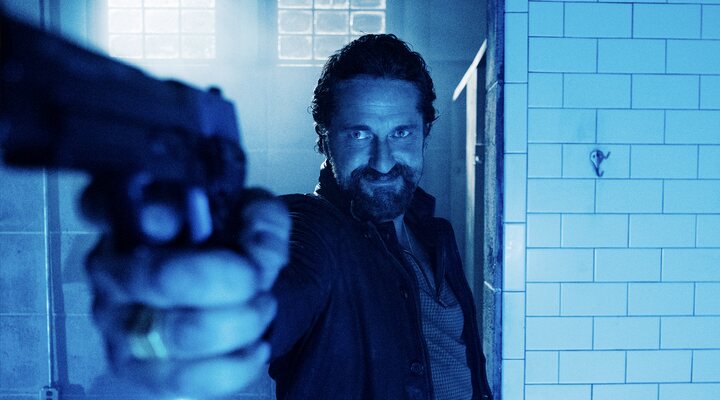 Gerard Butler returns to the big screen with a new action movie: ‘A Game of Assassins’. This time he is under the command of Joe Carnahan (‘Hot Aces’) to co-star in this game of cat and mouse with Alexis Louder and Frank Grillo. Thanks to Diamond Films we offer you an exclusive preview of the film, in which Frank Grillo tries to reach an agreement with Gerard Butler:

Frank Grillo stars as Teddy Murretto, a con man who has gotten in the way of the wrong crowd, specifically Gerard Butler’s deadly Bob Viddick. To escape from the killer, Teddy can think of nothing else but to punch a female police officer, played by Alexis Louder, and thus be arrested.. Inside the prison of a remote town they can’t do anything to him, right? As if that were going to go to Bob Viddick…

As if things weren’t already warm enough in the prison, another killer enters the scene, played by Toby Huss, turning the claustrophobic setting into a real battlefield. Who will get out of there alive? Not Teddy, if Viddick can get his work done. Gerard Butler defines his character as “a true killer of killers with surprising depth”. Valerie, Alexis Louder’s character, may not be the most experienced cop, but she has energy and “an insatiable thirst for justice” to try to control the situation.

‘Game of Assassins’ is inspired by classics like ‘Bullit’ or ‘Dirty Harry’, and is described by Joe Carnahan as “a very neo-feminist 1970s western with a bit of noir”. The filming took place in the midst of a pandemic, hence the choice of a main setting. Diamond Films will release the film in Spanish cinemas on May 20.