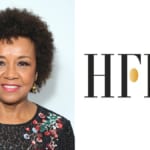 Cooper, 70, was arrested in June 2018 by Los Angeles County Special Victims Unit detectives after an investigation into allegations that he had committed lewd acts with two underage girls, with the first allegation dating from 2006 and 2007 and the second between 2012 and 2016. Cooper has pleaded not guilty to all charges, and his trial is being conducted at the Los Angeles Superior Court in Van Nuys.

TheWrap has reached out to the Academy for comment, though a statement sent to Los Angeles Times said that the Academy “has been made aware of the alleged abhorrent behavior and will address this matter according to our Standards of Conduct and the due process requirements under California nonprofit corporation law.”

“We would have grounds, under our rules, to expel any member convicted of a violent crime,” the statement continued.

Cooper has been an Academy member since 2002. According to his architectural firm’s websiv, Cooper led the design of a 600-seat theater for the headquarters of the Academy of Television Arts and Sciences, which organizes the Emmys. He has also designed postproduction sound recording and mixing studios for several of Hollywood’s top studios, including Warner Bros., Universal and Lucasfilm.

During the first day of the trial, one of Cooper’s alleged victims, now 28, recounted how she had considered Cooper a “friend” and “mentor” who shared her interest in music and theater and with whom she wrote songs in his basement music studio before Cooper molested her there when she was 12 or 13 in 2006.

“Over a decade later, this still haunts me,” she testified. “I should feel empowered but I feel gross. I really try not to think about it. It really knocks me off my feet.” 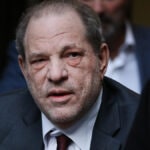 Cooper’s defense attorney vehemently denied the charges in his opening statement, claiming Cooper was being accused by “a family with a rich history of falsifying child molestation claims to leverage them for financial gain.”

Pamela Chelin contributed to this report