Find dinosaurs around the world on the interactive website of ‘Jurassic World: Dominion’ 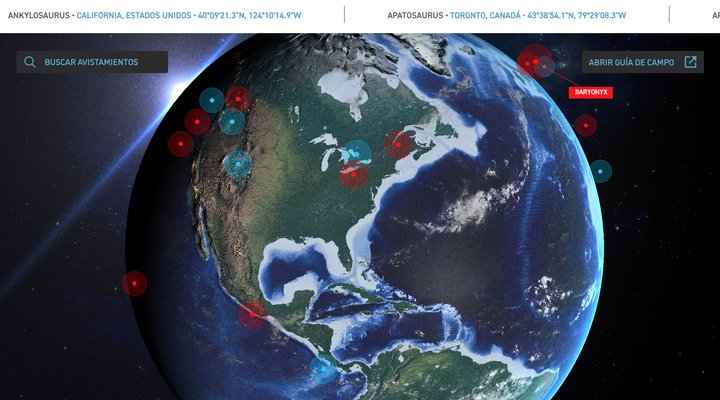 The countdown to the premiere of ‘Jurassic World: Dominion’ on June 9 has kicked off with a bang, launching a new interactive website where we can go hunting for dinosaurs around the world. The page, called Dino Tracker that you can visit hereshows a moving globe with several marked points and each of them shows us a dinosaur sighting with photos or videos recorded by anonymous civilians and general information on the species in question: description, curiosities and tips in case you come across any. The amount of extra material that they have prepared for the promotion of the film and that the fans live a very real transmedia experience is a real wonder. The species that are repeated the most, that is, the ones that have spread the most across the planet, are the brachiosaurus, triceratops, pteranadon, compsognathus, ankylosaurus, gallimimus, apatosaurus, stegosaurus and carnotaurus.

In addition, the map also reveals some of what will be the key locations of ‘Jurassic World: Dominion’, such as the headquarters of Biosyn located in the Dolemite mountains of Italy and that, when clicking, tells us that Lewis Dodgson is the executive director there since 2013. The last time we saw Dodgson, played by Campbell Scott, was in ‘Jurassic Park’, where he was working as an employee of InGen and trying to obtain dinosaur embryos from John Hammond Island to reproduce his own creatures. He also highlights the Black Market of Dinosaurs in Malta and Isla Nublar and Isla Sorna, although we already know how they are… In Spain, pteranodons have been sighted in Malaga and the Canary Islands (luckily it only has a medium level of aggressiveness).

‘Jurassic World: Dominion’ is directed by Colin Trevorrow, who signs the script with Emily Carmichael, and stars the new generation, Chris Pratt and Bryce Dallas Howard, along with veterans Sam Neill, Laura Dern and Jeff Goldblum. The story takes place four years after ‘The Fallen Kingdom’with dinosaurs roaming the Earth. 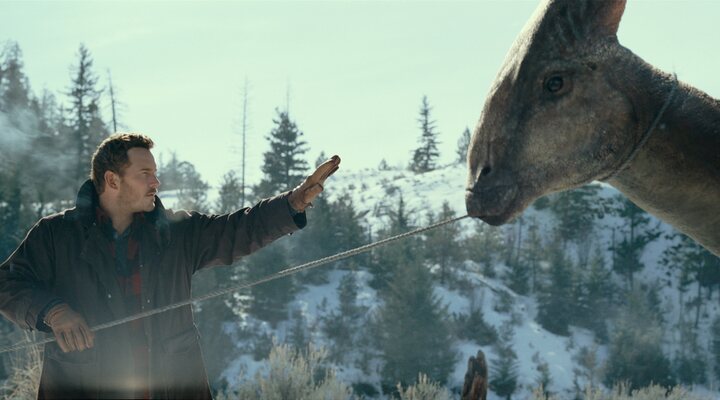 In an interview with Jake’s TakesChris Pratt, put to ask, has imagined what the ideal death of Owen Grady, his character, at the hands of dinosaurs would be like for him: “I would take these tiny dinosaurs and do like a 45-minute scene. They would start eating me by my toes and I would only be seen performing! Almost a whole hour, agonizing pain… I’d be pretty good.” With his peculiar sense of humor, he kept joking with the journalist, telling him that if he paid his agent, they could shoot it right there with him. mobile.

To find out if Owen dies or not in ‘Dominion’ (although it sure won’t) we will have to wait until next June 9, but you can already buy the tickets in the pre-sale as we tell you here. It is clear that this installment will be a grand finale for this new trilogy, or at least that is what its creative team intends.